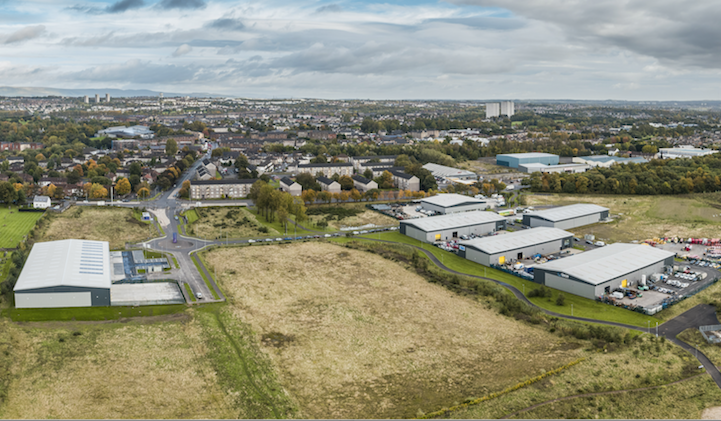 One of Scotland’s biggest industrial sites has been acquired by the Standard Life Pooled Property Pension Fund in a £10.65 million deal.

The fund is taking ownership of a part of Clyde Gateway east estate near Glasgow, together with two development plots, from MEPC. The price reflects a yield of 6.1%.

The additional plots will be developed over the next 12 months, further contributing to the regeneration of the site and in keeping with the original ambition of Clyde Gateway – a partnership between Glasgow City Council, South Lanarkshire Council and Scottish Enterprise.

Totalling 72,511 sq ft and just four miles from the city centre, the existing units are fully occupied by BT, Dentec Scotland, Glacier Energy Services Holdings and Greencore Food to Go. The rest of the Clyde Gateway East business park will remain under the ownership of Clyde Gateway.

Clyde Gateway is a large scale regeneration project designed to deliver social, economic and physical change across 840 hectares. The development began in 2010.

David Stewart, fund manager at Aberdeen Standard Investments, said: “The acquisition of Clyde Gateway East provides the fund with an attractive income and the ability to add further value by developing the remaining plots. We will start development as soon as possible and are confident of attracting more high calibre businesses to Clyde Gateway East, given its accessible location within Greater Glasgow.”

Ian Manson, chief executive of Clyde Gateway said: “Clyde Gateway East is one of the few locations where industrial units have been built speculatively in recent years, and has been extremely successful in attracting high quality businesses to the area.

“We are delighted that such a high profile investor has recognised the fantastic business benefits on offer here. Aberdeen Standard Investments’ acquisition and commitment will further boost the ongoing physical, economic and social regeneration of the Clyde Gateway area, creating more jobs during both the construction phase and once the new units are occupied.”

James Dipple, chief executive of MEPC said: “MEPC acquired its interest in Clyde Gateway East in 2011. Working closely with Clyde Gateway Developments Limited, the site has become an established business location. The sale of this non-core asset enables MEPC to focus on the prime estates that it develops and manages such as Milton Park Oxfordshire, Silverstone Park Northamptonshire and Wellington Place Leeds.”