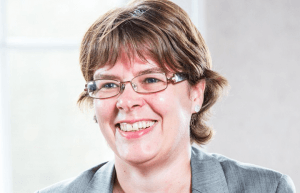 Chartered Accountancy firm Chiene + Tait is celebrating after a brace of wins, including Large Accountancy Firm of the Year, at the Scottish Accountancy Awards.

The top award was secured after a year of progress which, according to the awards organisers, “really impressed the judges”.

The Edinburgh-headquartered firm, which has opened offices in Glasgow and Inverness over the past two years, also won the Tax Team of the Year award for the third consecutive year in recognition of its high standard of work within the entrepreneurial tax sector.

The awards complete a notable 12 months for Chiene + Tait which generated a 14% rise in turnover, with an increase in its headcount, including new partner and director hires as well as 20 internal promotions and significant investment in its Corporate Finance division.

The firm also helped secure in excess of £1.5m in R&D tax relief claims for its clients over the past year. Internally, it expanded its support of employees to include mental health first-aiders, recognising the importance of mental wellbeing within its workplace.

Commenting on the award wins, Chiene + Tait’s Managing Partner Carol Flockhart said: “Our team has worked incredibly hard over this last year in growing the firm across all areas.

“The Tax Team of the Year accolade for three years running is further acknowledgment of the amazing work of Entrepreneurial Tax Partner Neil Norman and his team’s great work within the business angel and entrepreneur ecosystem.

“I’m proud of our achievements and the hard working, talented and enthusiastic team we have. I’ve been with the firm for 24 years and have seen so much good work and so many good people that’s all led to recognition like this – it’s a very exciting moment. We’re really looking forward to the next stage in the journey.”