Commons chaos as SNP MPs walk out in Brexit row 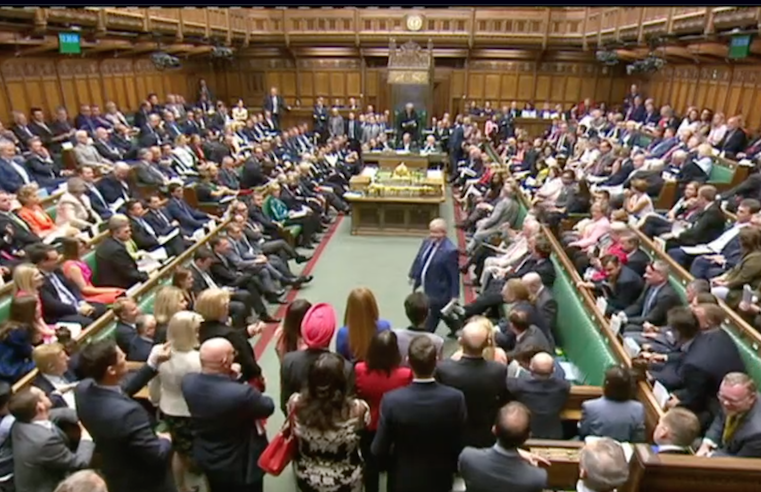 SNP MPs stormed out of Prime Minister’s Questions in the Commons after their Westminster leader was thrown out of the chamber by the Speaker.

Ian Blackford refused John Bercow’s demands to sit down as he protested at a lack of debate on what he said was a “power grab” in the EU Withdrawal Bill.

Mr Blackford added: “Under the circumstances, given the disrespect that’s shown, I have got no option but to ask that this House now sits in private.”

The speaker said MPs could vote on the request for a private sitting at the end of PMQs – but when Mr Blackford refused to sit down he was suspended for the rest of the day’s sitting.

Mr Blackford’s colleagues followed him out of the chamber.

Rival MPs accused the SNP members of being “childish” and one said Mr Blackford – who had complained about the government denying the Scottish people a democratic right to be heard – was himself denying his constituents further representation in the Commons by being expelled.

The EU Withdrawal Bill aims to ensure a smooth transition on Brexit day next March when EU law no applies in the UK.

But the Scottish Parliament has refused to give its consent to the legislation, arguing that policy in devolved areas that is currently decided in Brussels is being reclaimed by Westminster.

The Conservative government says the “vast majority” of 158 devolved policy issues will be returned to Edinburgh, Cardiff and Belfast.

But 24 will be retained temporarily by Westminster in such areas as agriculture, fisheries, food labelling and public procurement “to help ensure an orderly departure from EU law” and allow the same rule and regulations to remain in place across the whole of the UK.

Devolution was to be debated in the second half of Tuesday’s session, but there were only a few minutes after voting on amendments took almost three hours.

The First Minister later posted on social media that she was “right behind” her party’s MPs, claiming Scotland and the Scottish Parliament “are being treated with contempt by Westminster and it needs to be highlighted”.

However, Scottish Conservative, Labour and Liberal Democrat MPs condemned the walk-out as a “stunt”, and said Mr Blackford had spoiled his chance of securing an emergency debate on devolution in the coming days.