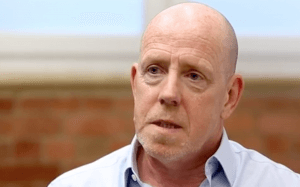 SSE and Innogy have appointed Gordon Boyd as chief financial officer Designate for the independent energy supply and services company they are launching.

Mr Boyd becomes the second appointment to thebBoard of the new company, alongside Katie Bickerstaffe who was confirmed as chief executive designate in April.

He will take up his new role on 4 July and will play a key role in the work being done to plan and prepare for the formation and listing of the new company, which remains on course to take place in the last quarter of 2018 or first quarter of 2019.

As with Ms Bickerstaffe, he will have no involvement in the leadership or management of either existing organisation.

He has significant experience both in the energy sector and in major listed companies, acquired over more than 30 years. He joined the energy sector in 1989 and went on to hold a variety of senior finance leadership positions at utilities including British Energy and EDF Energy, as well as overseeing the initial public offerings of both Drax and Infinis.

The new retail company will be listed on the premium segment of the London Stock Exchange. It will not be controlled by either innogy or SSE: innogy will hold a minority stake of 34.4% in the combined retail company. SSE will demerge its stake of 65.6% to its shareholders.

The transaction is still subject to the approval of SSE’s shareholders, as well as approval by the relevant authorities.