'A sad moment in history' 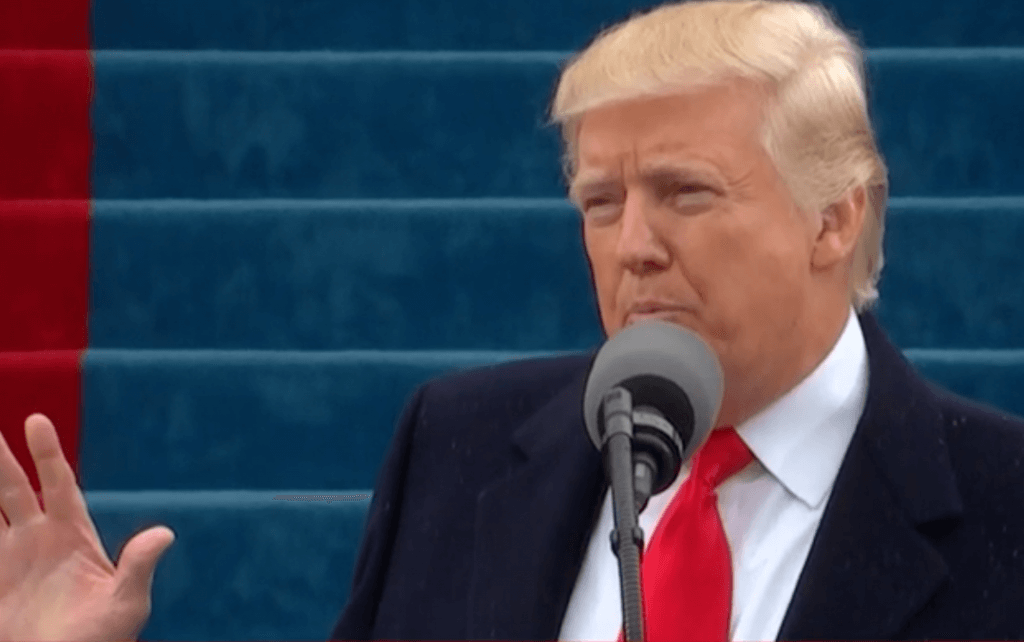 President Donald Trump has cancelled a peace summit with North Korea as the war of words heightened between the two nuclear powers.

In a letter addressed to Kim Jong Un and shared on Twitter by the White House, Mr Trump cited recent hostile language from North Korea in which it launched a blistering attack on vice president Mike Pence, calling him a “political dummy”.

Choe Son Hui, a vice-minister in the North Korean Foreign Ministry, said if the US continued on its current path, she would suggest to North Korea’s leadership that they reconsider the planned summit between President Donald Trump and North Korean leader Kim Jong Un.

Mr Trump now appears to have anticipated that move by announcing that talks planned for 12 June are off.

The letter says: “Based on the tremendous anger and open hostility displayed in your most recent statement, I feel it is inappropriate, at this time, to have this long-planned meeting.”

He calls it a ‘truly sad moment in history,’ but in what looks like a piece of political brinkmanship he leaves the offer of a meeting open to the North Korean leader.

Since Mr Trump announced he would meet with Kim in Singapore, North Korea has insisted it would not hand over its nuclear weapons and has threatened to call off the meeting if joint military exercises between the US and South Korea were not cancelled.

He says in his letter: “I thought a wonderful dialogue was building up between you and me. Some day I look very much forward to meeting you.”

After thanking Mr Kim for releasing US hostages, he says: “If you change your mind having to do with this most important summit, please do not hesitate to call me or write.”

The decision stung stock markets which had risen on hopes of a more conciliatory mood. Wall Street and Asia closed largely flat after earlier losses as North Korea indicated it was open to a resumption of talks. 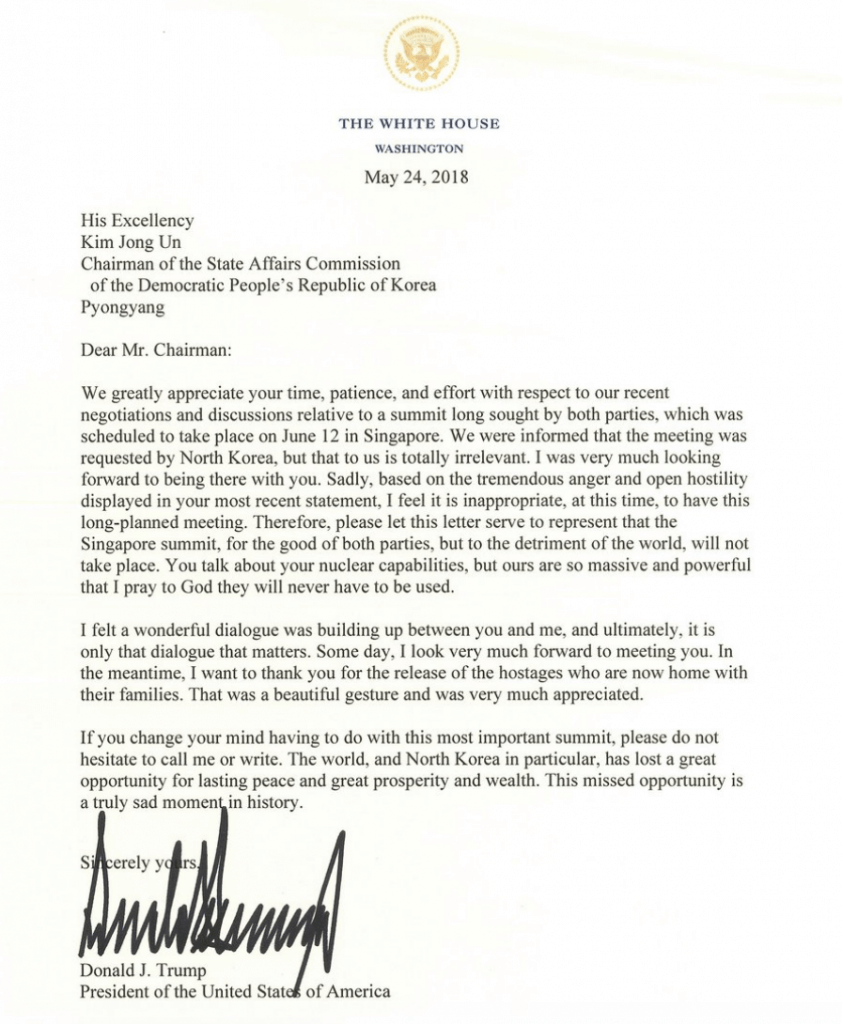