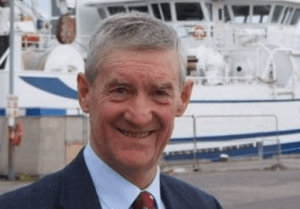 Peter Chapman has today resigned as the Scottish Conservative party spokesman on rural affairs after he failed to declare an interest in a planning matter.

At the request of ANM, he asked councillors to support the application for an expansion of the mart at Thainstone Business Centre, Inverurie.
As a local farmer, the MSP is a member of the farming co-operative. He owns 50,000 shares in the group.

The investment is not linked to the company’s performance, and he would not stand to gain anything if the expansion were to go ahead. All shareholders accrue interest at 2% above the base rate (0.5%) per annum.

Mr Chapman said he had failed to declare his interests in the conversations with councillors, which took place prior to a meeting to discuss the application.

In his letter, Mr Chapman said: “It’s quite clear with hindsight that I should have made my financial interest in the phone calls clear and that it was a foolish oversight on my behalf not to do so.

“I failed to maintain the high standards of transparency that is expected of MSPs. As a result, I cannot in all conscience continue in post, hence my reason for offering my resignation.

“It was not my intention to hide this – indeed anyone can see the details of my investment on the Scottish Parliament register of interests.

“I can say hand on heart that my only thought was to support a local business and improve our local economy.

“I deeply regret this incident and I only hope people will see if for what it is: an honest mistake taken while trying to help my local constituents and the Aberdeenshire economy.”

In response, Ms Davidson said that it was “with regret” that she has accepted his resignation.

She added: “Your commitment to this brief over the last two years has been admirable, combining all your decades of experience in the agriculture industry with your history of service to Scotland’s farmers as a former NFUS vice president.

“While I fully accept that you acted in this instance on behalf of your constituent to promote local employment – to no financial benefit yourself – it is a mark of your integrity that you choose to step down, rather than allow for any hint of impropriety.

“I know your strong commitment in all things is to your constituents in the North East, and that you will continue to serve them with vigour over the months and years ahead.”