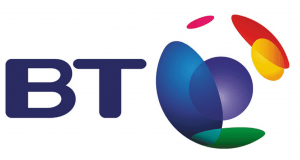 Telecoms and broadcast company BT is expected to announce 6,500 job cuts next week, according to City sources.

A BT source in Scotland said the job losses would likely be over a couple of years “and not aimed at front end troops.”

Trade unions reacted with caution to a report in the Financial Times which said BT will confirm its plans when it unveils full year results.

Prospect national secretary, Philippa Childs said: “Our priorities are to ensure that our members’ jobs and livelihoods are protected and with that in mind Prospect’s Industrial Relations Committees will expect to be consulted and heavily involved in any staff changes that are being proposed.

“Prospect will be waiting to hear further details from BT next week.”

BT today announced that Karen Richardson and Tony Ball will step down as non-executive directors at the annual general meeting on 11 July.

Ms Richardson has been on the board since 2011 and is a member of BT’s audit and risk, remuneration and technology committees.

Mr Ball is leave the board after nine years during which he served as chair of the remuneration committee.

He will be replaced in that role by Nick Rose, BT’s senior independent director.