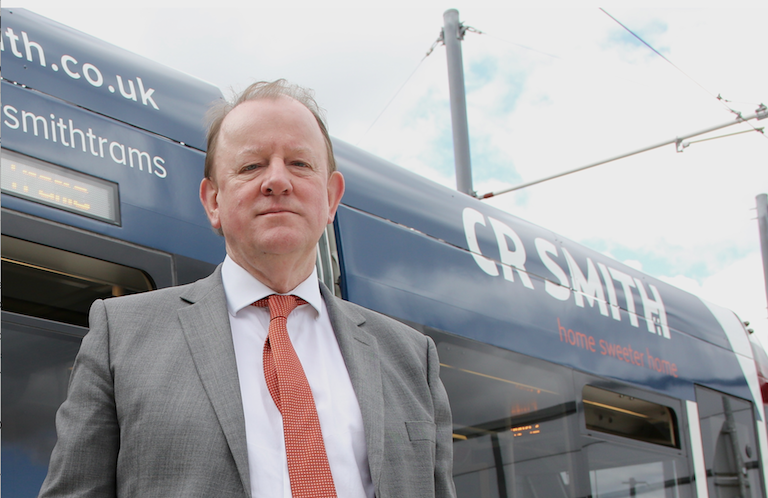 CR Smith, the door and windows company, has reported a seventh successive year of growth which it credits to its pursuit of new markets.

It has developed FIX from CR Smith, which repairs, replaces and upgrades windows, doors and conservatories, no matter who fitted them, and has taken on bigger projects in the domestic and commercial markets.

The company now employs 289 across Scotland.

In separate accounts, pre-profit at CR Smith Manufacturing for the year came in lower at £57,118 (2016: £118,214). This follows major capital investment in new plant and machinery while about £500,000 was spent refurbishing the property infrastructure that supports the Cowdenbeath site and resulted in temporary extra costs to operations.

Last autumn the company became the first commercial sponsor of the Edinburgh Trams, wrapping 18 of the tram fleet in its distinctive branding. A further two trams, devoted to promoting CR Smith FIX branding were wrapped this month.

Executive Chairman Gerard Eadie, who has run the company for more than 40 years, said: “While replacement windows will always be our core business, the company is developing key markets for large, complex builds.

“We continue to invest in the future with confidence.”

Colin Eadie, who runs CR Smith Manufacturing, added: “The commercial business is continuing to grow its customer base within the new build housing and commercial markets and is actively tendering for work across an extensive range of existing and new customers.

“Over recent months we have completed a major project at Malin Court Hotel at Turnberry, Ayrshire. I’m also delighted to say that we helped to build the Social Bite Village at Granton, Edinburgh, by providing the windows and doors for all 10 nest homes and community centre.”

The directors expect the general level of activity to show continued growth rates during the current year.