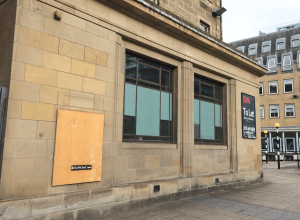 Royal Bank of Scotland is closing 162 branches across England and Wales with the loss of 792 jobs.

The branches had been earmarked for a new “challenger bank” under the revived brand Williams & Glyn.

However, that project was cancelled after agreeing a revised deal with the European Commission over state aid obligations.

An RBS spokesman said: “We are no longer launching Williams & Glyn as a challenger bank, and we now have two branch networks operating in close proximity to each other; NatWest and Royal Bank of Scotland, in England and Wales.

“As a result, we have had to review our overall branch footprint in England and Wales and we’ve made the difficult decision to close a number of Royal Bank of Scotland branches.

“Customers of Royal Bank of Scotland in England & Wales will be able to use NatWest branches instead for their everyday banking needs.”

The latest branch closures follow plans to shut 62 bank branches in Scotland that serve rural communities, and 197 NatWest branches. Ten are currently up for review.

The Unite union has calculated that in the case of 71 of the 162 branches closing, customers will be forced to make return journeys of about 25 miles to reach another one.

Rob MacGregor, Unite’s national officer, said: “The Williams & Glyn saga rolls on as Royal Bank of Scotland continues with its shambolically poor management of this business.