RBS agrees $4.9bn deal with US over mis-sold securities

Settlement will allow RBS to move on (photo by Terry Murden)

Royal Bank of Scotland has reached a $4.9 billion (£3.6bn)  civil settlement in principle with the US Department of Justice over mis-selling residential mortgage-backed securities between 2005 and 2007.

The settlement, if agreed, is at the lower end of the expected penalty range with some analysts expecting the bank to pay as much as $11bn. Shares in the bank rose on the news.

It will help draw a line under the behavioural issues which led to the banking crash, allowing the current management to continue the recovery programme and accelerate the bank’s return to the private sector.

Chief executive Ross McEwan said the fine was a “stark reminder of what happens when you get things wrong.”

The state-backed bank said $3.46bn of the proposed settlement will be covered by existing provisions and it will take a $1.44bn incremental charge in 2018’s second quarter to cover the rest. 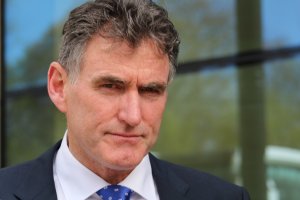 Mr McEwan, right, said: “Today’s announcement is a milestone moment for the bank.

“Reaching this settlement in principle with the US Department of Justice will, when finalised, allow us to deal with this significant remaining legacy issue and is the price we have to pay for the global ambitions pursued by this bank before the crisis.

“Removing the uncertainty over the scale of this settlement means that the investment case for this bank is much clearer.”

Speaking to the media later he said: “It is a stark reminder of what happens when you get things wrong. Our current shareholders will be very pleased that this deal is done and this bank can move forward from one of its largest outstanding issues.”

The US Attorney’s Office in Massachusetts said further details remain to be negotiated before a formal agreement can be reached.

Russ Mould, investment director at AJ Bell, said there were a number of reasons why the settlement would be greeted positively by the stock market.

The $4.9 billion fine and the damage to RBS’ net asset value per share could have been worse. RBS has already taken $3.5 billion in provisions to cover this cost.

“It will take RBS’s total litigation, fines and conduct bill, including PPI claims, to £20.9bn since 2011, a figure which compares to its current market capitalisation of £33bn and equates to 174p per share, so the damage suffered by investors has been enormous,” said Mr Mould.

“RBS has now, in theory, overcome all of the three key obstacles which were preventing it from returning to the dividend list.

“For dividends to start flowing again the bank still needs to prove it can start to record consistent profits. The Q1 2018 states pre-tax profit of £1.2 billion was a good start and RBS will be hoping that the 2019 deadline for PPI claims can help it remove another cost burden from its profits.

“But the bank still needs to keep its nose clean, manage its loan book effectively and hope that the global economy does not roll over, even if analysts have pencilled in forecast dividend payments of 5.4p a share for 2018 and 12.2p for 2019.”

The sale of high risk residential mortgage-backed securities and related derivatives contributed to the 2008 global financial crisis. A number of banks have settled with the US authorities.

RBS agreed in July last year to pay $5.5bn to resolve a lawsuit by the Federal Housing Finance Agency, claiming it misled the US mortgage giants into buying mortgage-backed securities.

It resolved similar claims by the National Credit Union Administration related to mortgage-backed securities RBS sold to credit unions that later failed for $1.1bn in 2016.

RBS has also resolved investigations by the state attorneys general of California and New York for $125 million and $500m, respectively.