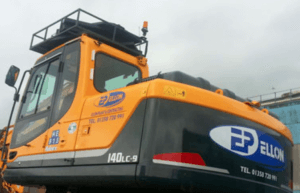 Scotland’s largest privately-owned hirer of operated plant and equipment has been sold to Quattro Group.

The size of the deal was undisclosed but runs to several million pounds.

With a turnover of approximately £30 million, AB 2000 is said to be a natural fit with Quattro Group,  an operator of road rail vehicles.

The deal includes all trading divisions of AB 2000, including Ellon Plant Hire, Phoenix Weights and Phoenix Marine. Established in 1995, it has grown to have a significant and varied fleet of over 450 items of plant, ranging from mini excavators, concrete pumps to mobile cranes, adding a significant boost to Quattro Group’s fleet of 450 existing machines.

The deal sees the merging of AB 2000’s Glasgow head office and two further regional depots with Quattro Group’s existing nationwide depot network, with all staff retaining their roles within the organisation and no significant changes to the key management.

AB 2000 founder Adam Bruce will remain with the organisation as an adviser, and Jim Houston, currently AB 2000’s chief executive, will hold the position of managing director.

Mr Bruce said: “At AB 2000 we have worked hard to succeed by hiring high quality, experienced people focused on providing our customers with leading-edge equipment and an outstanding customer service experience and I am confident that John Murphy and his team will continue with these core values.’

“I would like to say “thank you” to the employees at AB 2000, our customers, our suppliers and other partners who have helped us succeed over the decades.”

The acquisition has been funded by RBS, with Rix & Kay and RSM Corporate Finance acting as advisers. AB 2000 and the selling shareholders were advised by Morton Fraser.