New Scottish FA chief: I’m as prepared as I can be 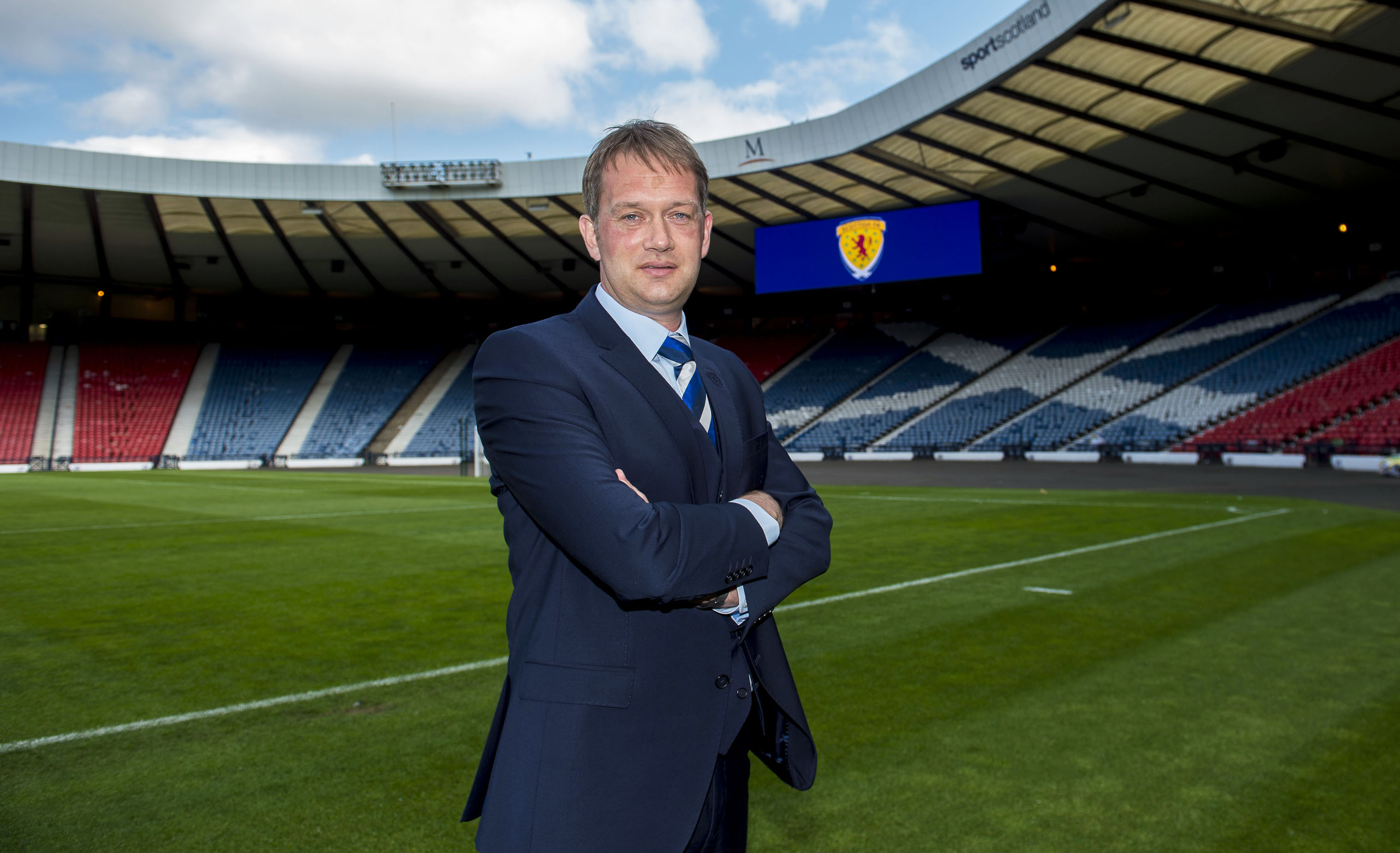 New Scottish FA chief executive Ian Maxwell is ready for any flak flying his way as he tries to move the game forward (pic: SNS Group)

When updating his CV during the process of applying for the vacant Scottish FA chief executive post, Ian Maxwell was no doubt tempted to include ‘thick skinned’ as one of his attributes.

Criticism and the top job in the SFA go hand in hand, to which the ousted Stewart Regan will testify.

However, 43-year-old Mr Maxwell is confident he has what it takes to handle the rough with the smooth after replacing the Englishman on a reported £300,000 per year salary.

As he settled into his first week in the role, the former Partick Thistle managing director was asked about being prepared for the scrutiny which comes with the job. He said: “I don’t think anybody can answer that question until they have been doing the job for 18 months.

“I’m under no illusions about what is ahead. It’s about moving forward. It’s been a challenging time over the last number of years for Scottish football but hopefully we’re coming out of the other side of that and can improve things for everybody.

“I’ve been in football a long time and things have gone well at times and not so well at others.

“This is obviously a bigger level with more exposure but I’m as prepared as I can be. Everybody can sit here and say ‘I’m totally prepared for it, I can handle whatever they throw at me’.

“It’s not that straightforward and I’m not naive enough to think that. I think I’m a leader. I have lead teams from playing in them, from being in the changing room, from being an assistant manager to then running a club.

“My style is more about engagement and bringing people with us than being an old-fashioned dictator.”

“We should be inspiring a nation to engage in football whether it’s playing, watching it, talking about it at school, at work or in the pub.

The new chief executive said he had no plans to merge with the SPFL, preferring to see the two bodies work closer together.

He also indicated a decision on the future of Hampden Park would be made clear by August.

The SFA’s lease at the national stadium, which has staged Scotland games since 1906, expires in two years. The governing body is looking at a bid that would see international clashes and major cup finals moved to BT Murrayfield in Edinburgh.

It is understood the SFA are also in talks with Queen’s Park about buying the stadium for £2million.