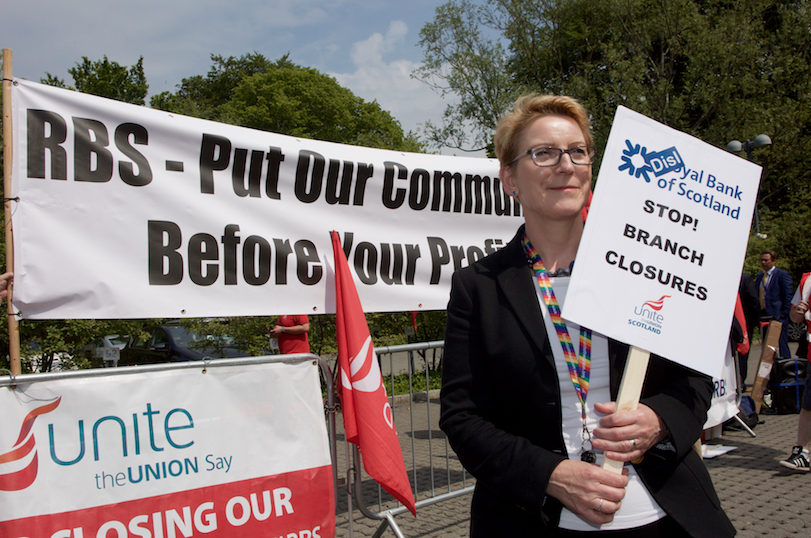 Bank directors were met outside the AGM at its Edinburgh head office by a demonstration by members of the Unite union.

Mr McEwan and personal banking boss Les Matheson spoke briefly to representatives before Mr McEwan told shareholders that the board accepted that closing branches was “difficult” for customers and staff.

He said the “pace of change” was most evident in the personal and business banking business. Since 2014, total payment volumes have grown by 5%, yet branch transactions are down 36%, ATM transactions by 39% and cheques by 39%, he said.

“All of the growth in our payments volumes has come from digital platforms. Customers are using our digital channels at an unprecedented rate and this has meant that we have had to take the hard decision to close a number of branches. 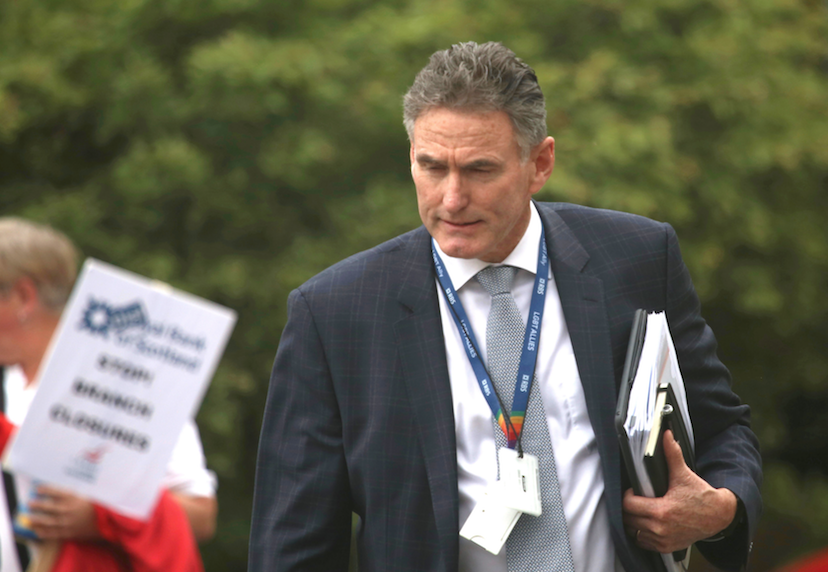 He said that in Scotland the bank had 1.75 million personal customers and 120,000 businesses.

“We value all of them. This is why we will continue to invest in our 94 branches in Scotland, our online services and our mobile van stops.

“There’s telephony, Video Bankers, Community Bankers, Business Growth Enablers, ATMs, and we partner with 1,400 Post offices. Every community where we are closing a branch will be served by at least one of our face-to-face services. Our offer to customers is now better and more diverse than it has ever been.

“Banking is changing and we need to rise to the challenge.  If we don’t we will fail – and that isn’t good for our customers, and certainly not good for our long term future.”

Chairman Sir Howard Davies, responding to a question on whether the branch closure programme would be halted, said ten were kept open and under review as a response to customer concerns. Their fate will be decided at the end of the year. 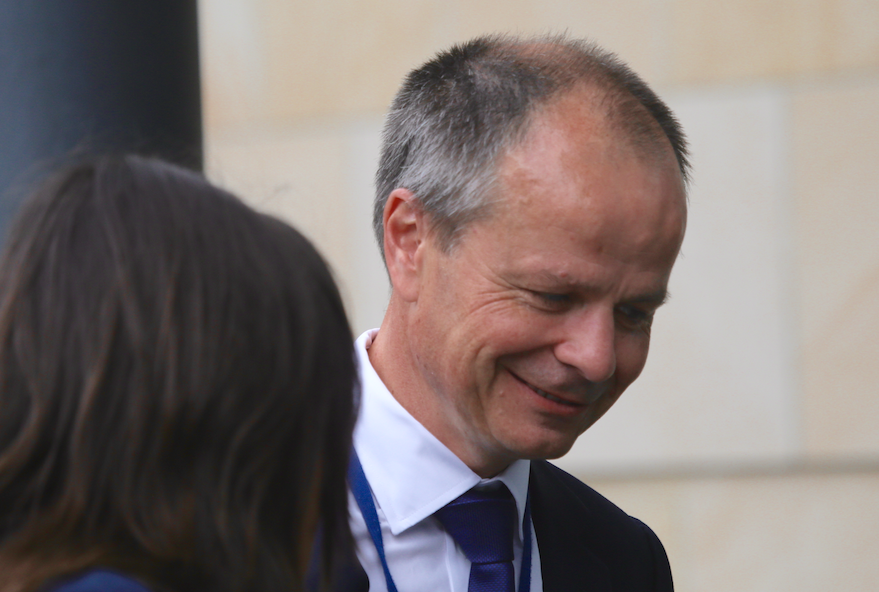 Before the meeting it was announced that chief financial officer Ewen Stevenson had resigned to “take up another opportunity”.

There was speculation around Gogarburn was that the 52-year-old could beheading to TSB following the recent IT meltdown which has left current CEO Paul Pester vulnerable.

Mr Stevenson has been at the bank for four years and his announcement came ahead of reports that the government is readying the bank for a sale of shares.

He told reporters in a side meeting it is not the best time for the Government to start selling its stake in the bank. RBS will have no say in when the sale takes place.

A shareholder motion to set up an investor committee to advise on strategy was defeated after UK Government Investments, which manages the taxpayers’ 71% stake in the bank, voted against the proposal.