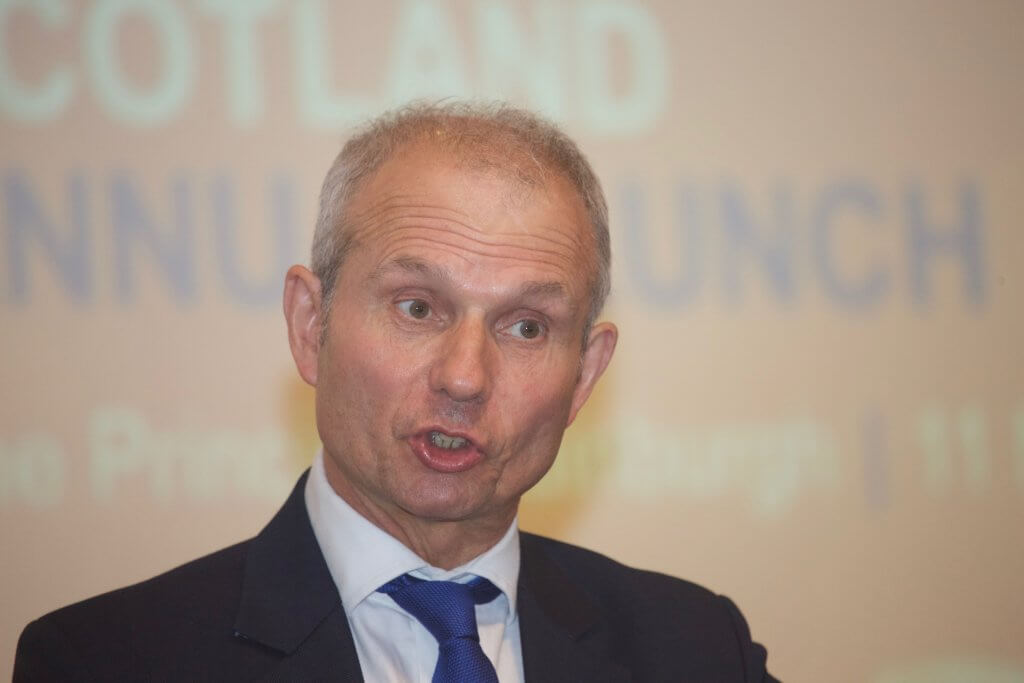 Mr Lidington told a business leaders’ lunch in Edinburgh that in the ‘spirit of pragmatism’ the Welsh government had consented to the bill.

“I am disappointed that despite constructive talks the Scottish government is not able to sign up to those proposals and give certainty to businesses.

“I say to the Scottish government: the door is still open.

“At a stroke, they can join the Welsh Government – who have also put so much into getting us to this stage – and recommend to the Parliament here in Holyrood that we should end any lingering question of legal uncertainty for businesses in all parts of the UK.”

In an attempt to dispel claims of a “power grab” by Westminster when powers are returned to the UK from Brussels, Mr Lidington said the bill “respects the devolution settlement – but stops short of giving any part of the UK a veto over that temporary mechanism.

“This has always been a red line for us. For if one part of the UK has a veto over the ability to establish a common framework across the rest of the UK, it could be used to undermine this common market we all, everyone in this room, prospers from.”

He said: “The vast majority of powers will by-pass Westminster entirely and go straight to the devolved level.

“It will leave a small list where we think the legislative framework is needed.”

Mr Lidington said much more progress had been made than had been reported on achieving trade agreements and a borderless deal between Ireland and Northern Ireland.

He said that discussions on a customs arrangement were aimed at ensuring trade at the UK-EU border was as frictionless as possible; that there was no hard border between Northern Ireland and Ireland and for the UK to conduct its own trade policy and sign free trade agreements that will benefit businesses and consumers in Scotland, as well as those in England, Wales, and Northern Ireland.

“I am pleased to say that, despite what you may have read this work is now nearing completion.”

He said that respecting and preserving the UK common market underpins the UK’s existence as a union and that any attempt to undermine it would be a “self-inflicted blow” on thousands of Scottish companies.

The EU (Withdrawal) Bill returns to the House of Lords on Wednesday for its third reading.