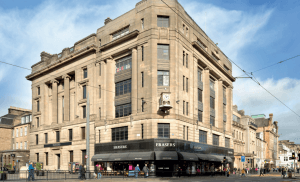 Hamley’s owner C.Banner, which recently acquired a 51% stake in House of Fraser, blamed Brexit, terror attacks in London and online competition for the poor performance.

Company documents state: “The Brexit referendum and the UK’s resultant decision to leave the European Union and the terrorist attack in London, combined with a rapidly evolving retail market, produced a period of uncertainty and volatility that resulted in a difficult trading environment for the whole retail industry in the UK.”

The figures come amid a renegotiation of rents on some stores and plans to close underperforming ones.

REFRESH THE PAGE FOR UPDATES 8.30am: FTSE surges past 7,000 The FTSE 100 burst throughRead More