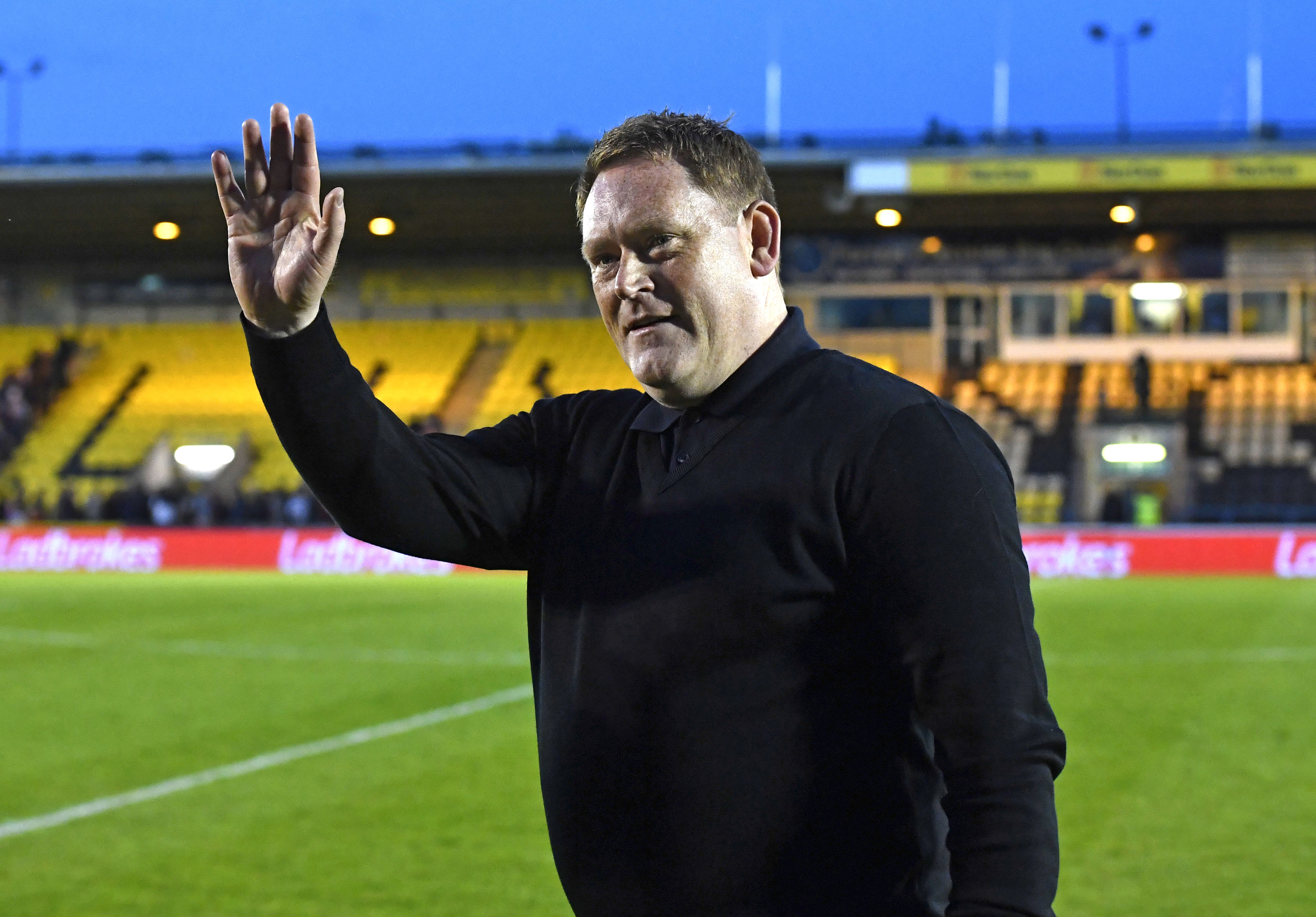 David Hopkin has waved goodbye to Livingston after back-to-back promotions took them into the Premiership (pic: SNS Group)

Premiership new boys Livingston are the latest Scottish club on the look-out for a manager after David Hopkin rejected an improved offer to remain in charge.

The 47-year-old guided the West Lothian club into the top flight after back-to-back promotions but now sees his future elsewhere.

There has been growing speculation over interest in the former Scotland international with a number of English clubs reportedly monitoring his situation, with Shrewsbury Town the latest to be linked.

In statement, Livingston said: “Livingston FC, after a discussion with David Hopkin, has this morning accepted that he will not be renewing his contract as the club’s manager.

“David is aware of the speculation around other positions, and although he has been open and transparent and not accepted any other role at this time, he feels that the longer this continues the more it will undermine the success that he and the coaching staff have achieved.

“His decision is not the consequence of an unacceptable offer or budget, but is based purely on personal circumstances. Which we fully respect and acknowledge.

“We would like to put on record our deep gratitude for David’s efforts in guiding us back to the Premiership, and wish him well whatever the outcome of his future talks.”

One of the names which will be linked with the vacant post will be former Hearts boss Robbie Neilson, who is looking for a return to management after his exit from MK Dons in January.

“The club has been assessing other candidates in the knowledge that David would potentially move on, and will take time to consider these options,” added the Livingston statement.

Hopkin took over in December 2015, having been assistant to Mark Burchill. He led his side to a second successive promotion after defeating Dundee United then Partick Thistle in the play-offs.

The news came on a day of high-profile managerial developments further afield.

Zinedine Zidane has stepped down as boss of Real Madrid after guiding them to a third straight Champions League triumph, while south of the Border, former Chelsea and England midfielder Frank Lampard has been appointed as the new man in charge of Derby County in the English Championship.