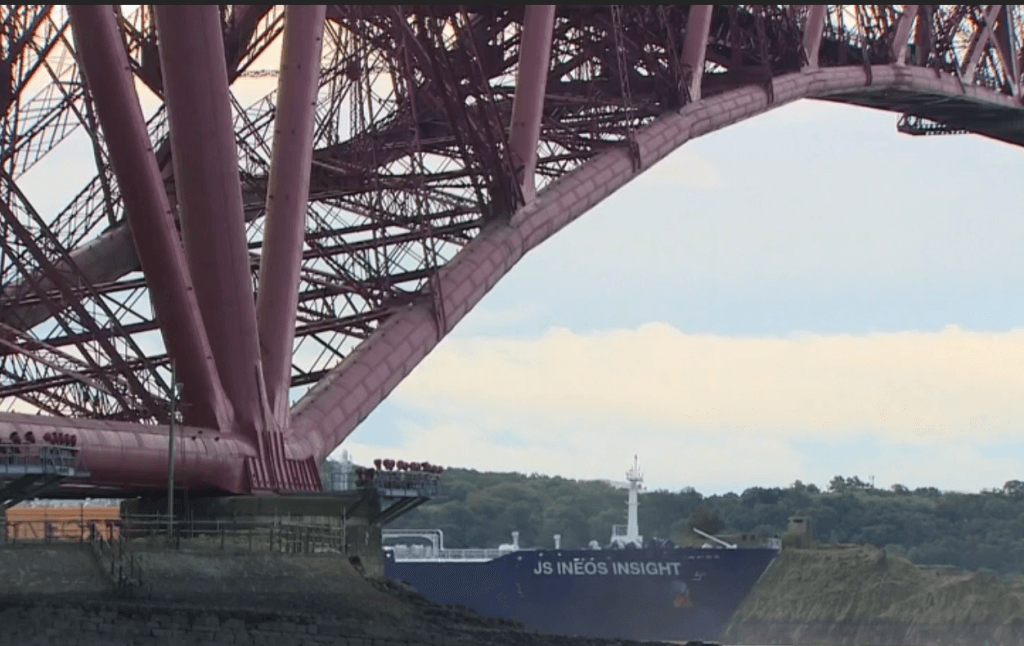 Shale gas is currently imported from the US

Chemicals company Ineos is due to begin its legal challenge to the Scottish government’s ban on fracking.

Ineos believes the ban is unlawful as the licences were originally issued by the Westminster government.

In 2015 the Scottish government stopped all fracking and undertook a two-year consultation with experts and the public.

In making the decision for what was called an “effective ban”, ministers said there was “overwhelming opposition”.

The ban does not involve legislation but is an instruction to local authorities not to consent planning for any fracking-related activities.

Because Ineos was granted those licences, it will also be asking the Court of Session for compensation.

The prohibition was confirmed last October, a decision endorsed by MSPs in a Holyrood vote.

Ineos, which operates the industrial processing plant in Grangemouth, said the government’s decision was “a major blow to Scottish science and the engineering industry”.

It currently imports shale gas from the US into the Forth Estuary.