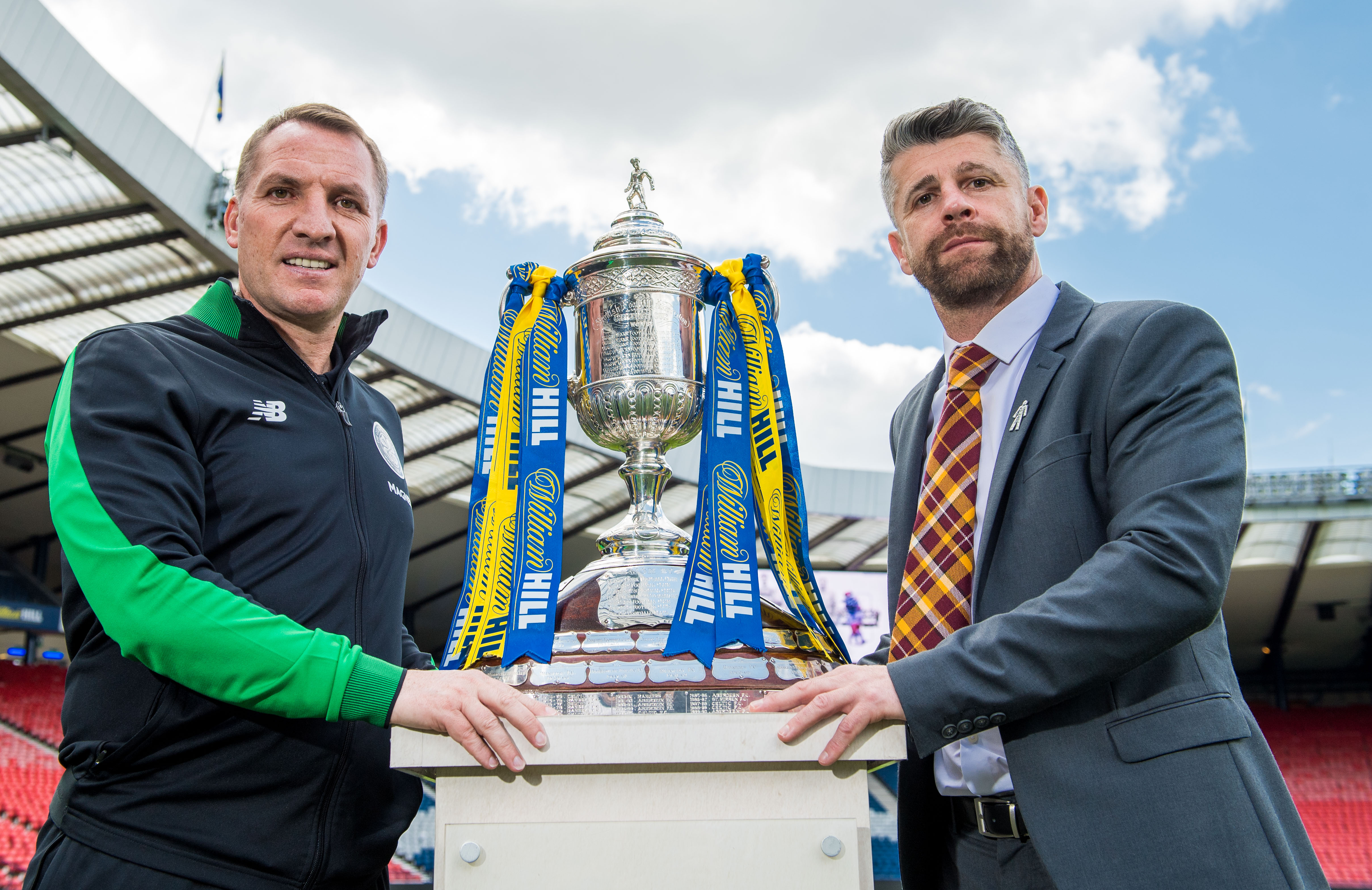 Celtic will play their 61st competitive match of the season tomorrow when they face Motherwell in the William Hill Scottish Cup Final and rarely has so much been riding on the outcome of one game.

After a long journey in search of more silverware which began last summer, an historic double treble is within touching distance of Brendan Rodgers’ side.

The Celts swept all before them in the Northern Irishman’s first year in charge and with the League Cup and league title already safely in the Parkhead trophy room this term, the team now stands on the edge of unprecedented glory.

No team in Scotland has ever completed successive domestic clean sweeps but Rodgers insists he hasn’t allowed his mind to wander beyond the task in hand at Hampden Park.

“I haven’t thought too much of it. It is something that has clearly never been done before,” he said.

“You think of the great teams and managers and players up here in Scotland throughout history.

“So for it to have never been done shows you how difficult it is.

“All you can ever want is the chance and the opportunity, and we have a really difficult game against Motherwell.

“But we have a chance and that’s what we’ll look to hopefully take.”

Celtic may not have been at their peak this season and in a one-off encounter, anything can happen.

Although Motherwell lost 2-0 to tomorrow’s opponents in the final of the League Cup earlier in the campaign, boss Stephen Robinson will take confidence from the two draws his side carved out in the league.

“It’s a hard task but certainly not an impossible task,” said the Well boss, whose midfielder Chris Cadden has been called into the Scotland squad for the friendlies against Peru and Mexico.

“We are certainly not just turning up to make up the numbers.

“The belief is not ill founded, really. Constantly we search through teams that have caused them problems and a lot of the footage was us.

“I know we have affected them. There is nothing to lose for us. We are going to go and give absolutely everything.

“I’m sure the Celtic players will focus on a one-off game. They have proved that before in Europe that they are a mentally strong side. They are a very focused side and that’s what it takes to win a treble.”

Celtic received a major boost ahead of the final with Australian Tom Rogic penning a new five-year contract. Charly Musonda, meanwhile, has returned to Chelsea after cutting short his 18-month loan deal. The 21-year-old Belgian joined Celtic in January.