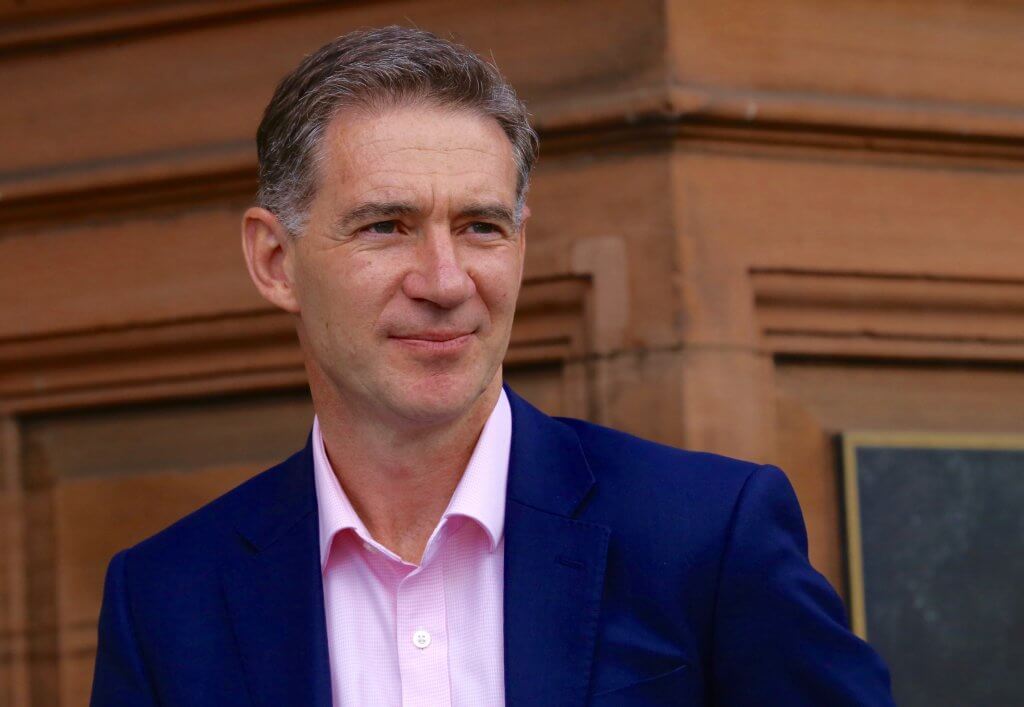 Mark Bevan: ‘there is a need to take collective responsibility’ (photo by Terry Murden)

Business and political leaders will gather in Edinburgh tomorrow (Thur) for the start of a two-day symposium to consider Scotland’s economic and social future.

Two hundred delegates from a diverse spectrum of organisations from around the world will descend on the Sheraton Hotel for SCDI’s flagship policy conference, the SCDI Forum.

Featuring 45 speakers, five plenaries, five workshops and a dinner, the conference will convene an array of local, national and international leaders with the aim of providing a bluepring for an inclusive Scottish economy.

Titled Scotland’s Economic Future – A Brighter Future, this year’s speaker line-up is the most diverse that the Forum has ever assembled and includes the First Minister of Scotland, Nicola Sturgeon; the US Ambassador to the UK, Robert Wood Johnson, and the general secretary of The Club of Rome, Graeme Maxton.

Mark Bevan, SCDI’s chief executive, said: “This is SCDI’s 47th annual Forum, bringing leaders together from all sectors and across the globe to set the ambition and create the plan for Scotland’s combined economic and social future.

“Set against a backdrop of uncertainty and slow economic growth we need Scotland to seize on the opportunities.

“We will do this by identifying and building on our key economic strengths and realising the opportunities of the Fourth Industrial Revolution, which are already having a profound effect on our society, the way we do business and our economy in the 21st century.

“Forum 2018 will facilitate dialogue on these defining economic issues and will move beyond debate to reach conclusions about the key opportunities for Scotland, identifying the features of a blueprint for the future Scottish economy.

“We want Scotland to have a brighter future and by taking collective responsibility we will achieve our goal.”

Matt Lancashire, SCDI’s director of policy and public affairs, added: “SCDI’s flagship policy report, the SCDI Blueprint, was first written in 2010 and then refreshed in 2015.

“The two days of discussion and dialogue at Forum, combined with further development with our members, will help shape the thinking and recommendations that will be included in the next SCDI Blueprint, which is scheduled to be refreshed in 2019.

“The Blueprint report will take a long-term look to 2030 and will seek to ensure that Scotland can be a frontrunner nation of the Fourth Industrial Revolution and grow a sustainable and inclusive economy and country.”