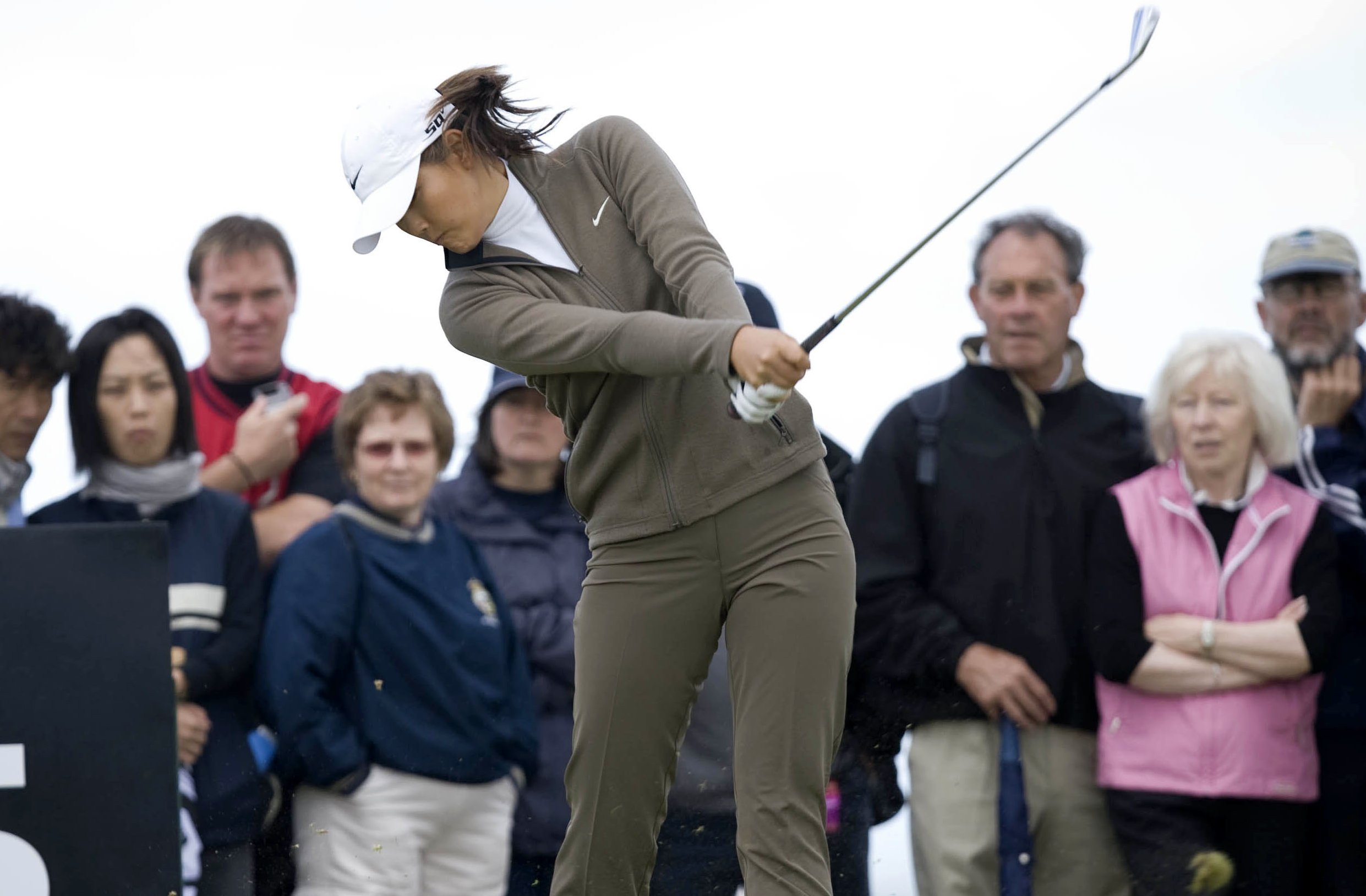 Golf fans will be able to watch Michelle Wie when she tees it up at Gullane in the Ladies Scottish Open (pic: SNS Group)

Major champion Michelle Wie is set to headline the 2018 Aberdeen Standard Investments Ladies Scottish Open when it’s played for the first time at Gullane in July.

The championship, which will be staged at the same venue in East Lothian as the Men’s Scottish Open two weeks previously, will be co-sanctioned by the Ladies European Tour and the LPGA for a second year running, with a prize fund of $1.5million.

“Michelle Wie is one of golf’s biggest names and along with Scotland’s most successful female golfer, Catriona Matthew and UK No. 1 Charley Hull, we believe we have a strong foundation to build another world-class field in partnership with Visit Scotland, the LET and the LPGA.”

Wie returns to Scotland for her second Scottish Open appearance, having finished 19th at Dundonald Links last year, before a career-high third place finish at the Ricoh Women’s British Open the following week.

“I love coming over to play golf in Scotland, the fans are always amazing and it’s the ‘Home of Golf’ after all, so you always feel a sense of excitement being here,” she said.

“Last year was very testing conditions and I managed to learn a lot about my game having to hit a variety of different shots. The tournament proved to be the perfect preparation for me heading in to the British Open.”

“It’s cool to be in a time capsule and play links golf courses. I love it. I think there are so many options to each shot.

“Just because you have 150 yards and it’s an 8‑iron, you’re not going to hit 8‑iron all the time. You know, you can hit like a little chip 6‑iron or you can hit a 9‑iron and run it up there. There’s so many different options, especially with short game, that I find very interesting.”