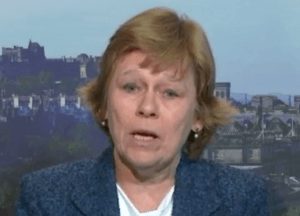 Accountants are calling for a change in the law in the UK and Ireland to alleviate the VAT burden on importers after Brexit.

Scottish accountancy body ICAS and Chartered Accountants Ireland say that an overlooked side-effect of Brexit is that VAT will become an upfront cost for imports between the two nations for the first time after the UK leaves the EU if the current law is not changed.

UK and Irish businesses that regularly trade with one another will face a heavy cash flow burden as they will be forced to pay VAT, along with customs duties, at the time goods are imported and then recover the costs later.

Given that more than €30 billion of goods are exchanged between the two jurisdictions every year, this major change will cause significant upheaval to every business involved in imports.

At the moment, VAT on imports between EU countries is paid when VAT returns are filed; which in many cases can be several weeks later. Once the UK leaves the EU, the practice of paying VAT will differ drastically.

Charlotte Barbour, director of taxation at ICAS (pictured), said: “UK businesses currently benefit from postponed accounting for VAT when importing goods from the EU, but this could change after Brexit.

“While the UK Government has recognised the benefits of postponed accounting it hasn’t yet committed to replacing it.

“Leaving the EU without a solution in place in either the UK or in Ireland would create cash flow costs and administrative burdens – all generated by Brexit – and none of which exist at present.”

Chartered Accountants Ireland President Feargal McCormack stated: “Any mechanism to minimise cash flow issues and time delays after Brexit is welcome. An easy-to-implement solution would be allowing traders some extra time to pay the import VAT due on goods coming from the UK into Ireland.

“Under the so called ‘postponed method of accounting for VAT’, importers would not have to pay VAT at the point of entry but instead declare the VAT in the next VAT return filed with Revenue.”

For many traders, an upfront VAT liability could be quite substantial and in reality could obliterate the cash reserves of a business. Affected businesses are normally afforded the opportunity to offset certain VAT costs against the VAT liability, therefore reducing the amount due but an upfront VAT charge does not enable this reclaim until a later date.

Mr McCormack said: “There are several existing precedents for this legislation and the postponed method of accounting for VAT would be relatively straightforward to introduce. 17 EU Member States have already adopted this method and many of these countries have land borders with non-EU countries.

“Postponing the payment of VAT makes practical sense for businesses that will already be challenged by the upheaval of Brexit. An added advantage would be that this proposed system would largely reflect the existing VAT collection mechanisms for trade within the EU and companies are already very familiar with this method.”