Empty shops at seven-year high as consumers stay away 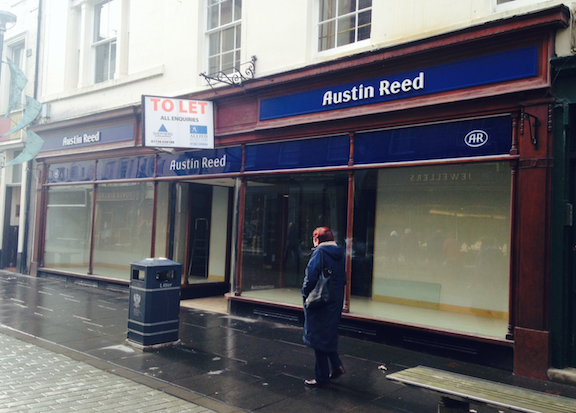 Shop vacancies are at a seven year high as more consumers go online or cutback on spending and owners struggle with rising costs.

The town centre vacancy rate for Scotland has leapt from 9.2% in January to 11.2% in April and is above the average for the UK, which increased from 8.9% to 9.2% over the same period.

Footfall fell by 5.6% year-on-year in Scotland, a 12th  month of consecutive decline. It was down in the high street, shopping centres and retail parks fell by 8.5%, 1.8% and 3.1% respectively.

“It is true that retailers with a strong multi-channel offer are increasingly adept at reaching time-constrained consumers.

“That said, the fact remains that many retail business models are being upended by changes in shopping habits, new technology and rising costs. Nowhere is this being felt more acutely than on our high streets and in our town centres.

“Responding positively to all of this requires substantial outlays on digital platforms, a highly skilled workforce, and revamped logistics and distribution capabilities. This is hugely challenging against a backdrop in which demand is weak, consumers are being squeezed, and government-imposed tax and regulatory costs keep ratcheting up.”

Diane Wehrle, marketing and insights director at Springboard, said: “Much could be made of the adverse impact on April’s footfall of Easter shifting to March, but even looking at March and April together – so smoothing this out – still demonstrates that footfall has dropped.”