Figures 'out of date' 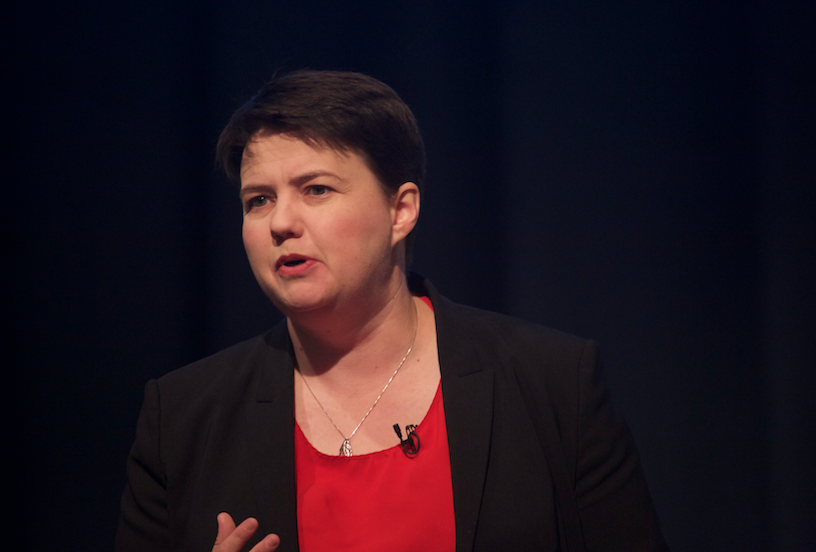 Scottish Conservative leader Ruth Davidson last night said the UK government’s immigration target was out of date and called for curbs on tax cuts for the wealthy.

Ms Davidson, revisiting a view on immigration she has made previously, stressed that with unemployment now lower than when the target was set it was important to rethink the policy. She said attitudes towards immigration had changed since the 2016 Brexit vote.

Addressing an audience at Glasgow university, she also distanced herself from Downing Street on NHS and tax policies.

“The UK Government has acted to reduce the tax burden on working families. It has honoured its promise to do so. Raising the income tax threshold has reduced taxes for millions of UK workers and has taken thousands out of taxation altogether.

But the UK government has a choice to make. And, if that choice is between extra spending on the NHS or introducing further tax breaks beyond those already promised, I choose the NHS.”

On immigration, she said: “I have said this before but I will repeat it tonight: I see neither the sense nor the need to stick to an immigration figure devised nearly a decade ago, which has never been met and does not fit the requirements of the country.

“Setting an immigration target reduced to the tens of thousands is one thing when unemployment is running at 8%. Refusing to review it when the country nears full employment and sectors are reporting skills shortages is quite another.

“Even if that target were to stay, I see no reason why overseas students should be included within the numbers counted.

“And, after leaving University, I would also like to see graduates hailing from other countries, but trained here, given more opportunities to stay in Britain so they can continue to put that UK academic investment to the common good.

“It’s been notable that, since the Brexit vote, polls have shown that concerns over immigration are actually reducing. It is not a side-effect I had foreseen from the vote, but, if sustained, I believe it is a positive one.

“Brexit requires the country to make decisions at a UK level on aspects of immigration previously held by Brussels. As we have to shape those arrangements, I hope we can create a mature system, which leads to a more settled country.”

Ms Davidson also turned her attention to housing, stating that her party is looking at new powers that capture the “massive uplift in land value that happens at the stroke of a planner’s pen when planning permission is granted.”

the extra funds that comes from planning permission can be used to invest back into the community, she said.

“In Scotland, I’d support a new national Housing and Infrastructure Agency tasked with coordinating this – to select the areas where such land value capture purchases could take place, to make sure, for example, that new developments aren’t dumped down carelessly, but are about making Scotland more beautiful. And by proposing and planning a new generation of new garden villages and garden towns around the country.”

This would come with affordable housing as part of the mix “to curb the severe house price inflation that we’ve seen in this country in recent years, higher than in any other comparable OECD nation.”