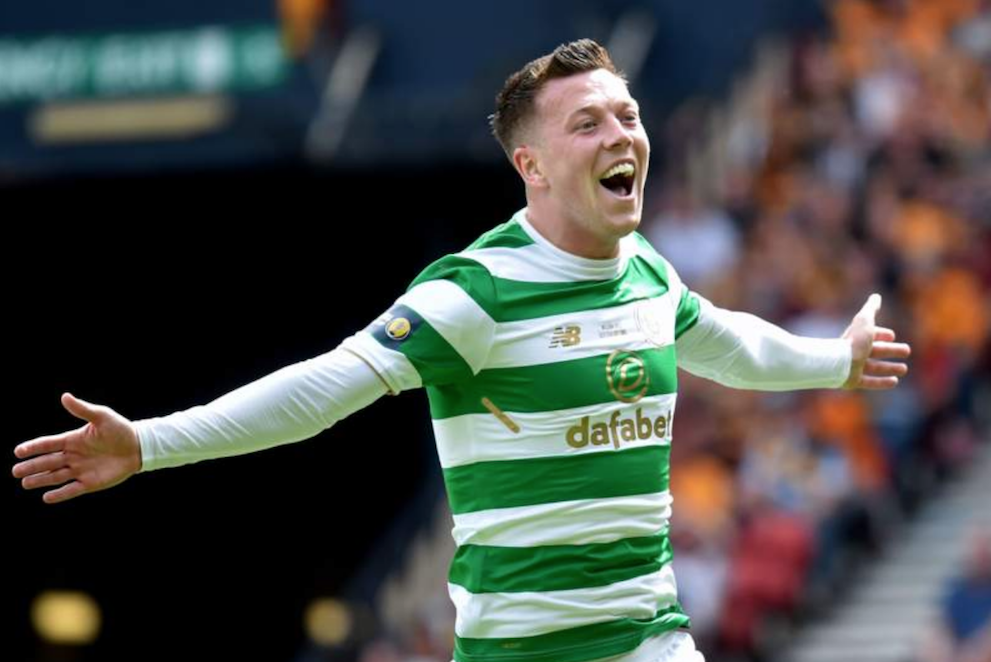 It took this Celtic team little more than 25 minutes to seal their second successive treble and their place in history.

Motherwell played their part, but once Olivier Ntcham scored a second goal there was simply no doubting the outcome.

Celtic become the first side ever to win all of Scotland’s three major domestic trophies – the league title, the League Cup and the Scottish Cup – in successive seasons.

The final whistle was almost a mercy to the fans from Lanarkshire who came more in hope than expectation, eventually seeing their team beaten by the same opponents who denied them the League Cup.

Celtic coach Brendan Rodgers came into the final with a cup record of having played 17, won 17, scoring 58 goals and only 6 against. There was little sign of that record being badly disturbed.

In Callum McGregor he has unearthed a player with huge prospects for club and country and it was fitting that he should score the opener with a fine strike from 20 yards after just ten minutes.

Celtic’s dominance may owe something to the relative weakness of their chief rivals over in Govan, a challenge that will be at the forefront of new Rangers manager Steven Gerrard.

On this form, he has a lot of catching up to do.