In his final speech... 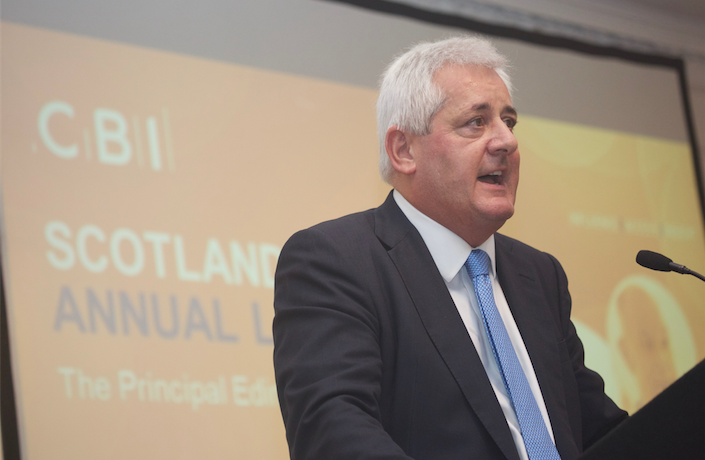 CBI President Paul Drechsler will this week call for a “pragmatic” solution to Britain remaining in a customs union to avoid further damage caused by Brexit uncertainty.

Mr Drechsler will use his final speech in the role to demand an urgent settlement so that business and Government can get on with tackling the country’s poor productivity and” unacceptable'” regional inequality.

He will urge the civil servants, entrepreneurs, academics, business leaders and politicians to work together to “grip the great challenges of our era”, from skills to digital transformation.

His comments will echo much of his address to the CBI Scotland annual lunch this month when he said success in the EU talks means “frictionless trade” with the EU, regulatory certainty and increased trade with the rest of the world.

At the CBI’s Annual Dinner, sponsored by Lloyds Banking Group, Mr Drechsler will welcome the Prime Minister’s “considerable efforts” to find a compromise on customs.

But he will say that all political leaders must be clear that “the current Brexit impasse is a handbrake on our economy that can and must be released”.

He will demand both sides to focus on a pragmatic decision for the UK to remain in a customs union, unless and until an alternative is ready and workable.

He will say that any solution must meet four customs tests:

He will argue that even sorting out customs will only solve 40% of the problem. The other 60% depends on securing a deep relationship with the single market with urgent attention needed to find a solution for services, which makes up 80% of the UK economy.

“We need to break the Brexit logjam and fast because there’s so much more that we need to get on with.

“A pragmatic decision to be in a customs union with the EU would allow us to move on. We can then use the exceptional talent within our civil service, the drive of business and the energy of our political leadership to tackle the root causes of low productivity and unacceptable regional inequality in our country. These are the goals that really matter.

“If we take the right Brexit decisions today, we can transform the fabric of our economy. We can revolutionise our approach to education and skills to give the next generation the best possible chance to succeed.

“Take the big decisions on infrastructure, including approval for Heathrow’s third runway by the summer, so construction can start by 2020. Connect the whole of the UK to the global markets of the future.

“Rise to the challenge of digital transformation, where the UK has the potential to lead the world.

“My final message as CBI President is this: let’s work together – business and government – as never before in the partnership of the century to change the lives of millions of people for the better. We can do that if the right decisions are made today.”

He will also call for politicians on all sides to champion the role and contribution of responsible business in society, arguing that the UK can build powerful competitive advantage by harnessing the benefits business and government can create by working together to improve lives.

“For some in politics, business advice and expertise seems to be treated as an inconvenient truth. It may go in the face of what they want to hear, but such evidence is critical for a successful economy.

“Business does get things wrong. There’s more to do on business trust, on late payment, on transparency and on gender pay.

“But any politician who promotes resentment about business is taking a risk with the country’s future. The UK’s reputation as one of the most pro-enterprise places on earth is one of our greatest assets. We should protect it and strengthen it, not shoot ourselves in the foot.

“It’s a simple truth. That when business gets going, it can change the world. Where markets are opened to business, enterprise spreads, jobs are created, trade grows and prosperity rises.”