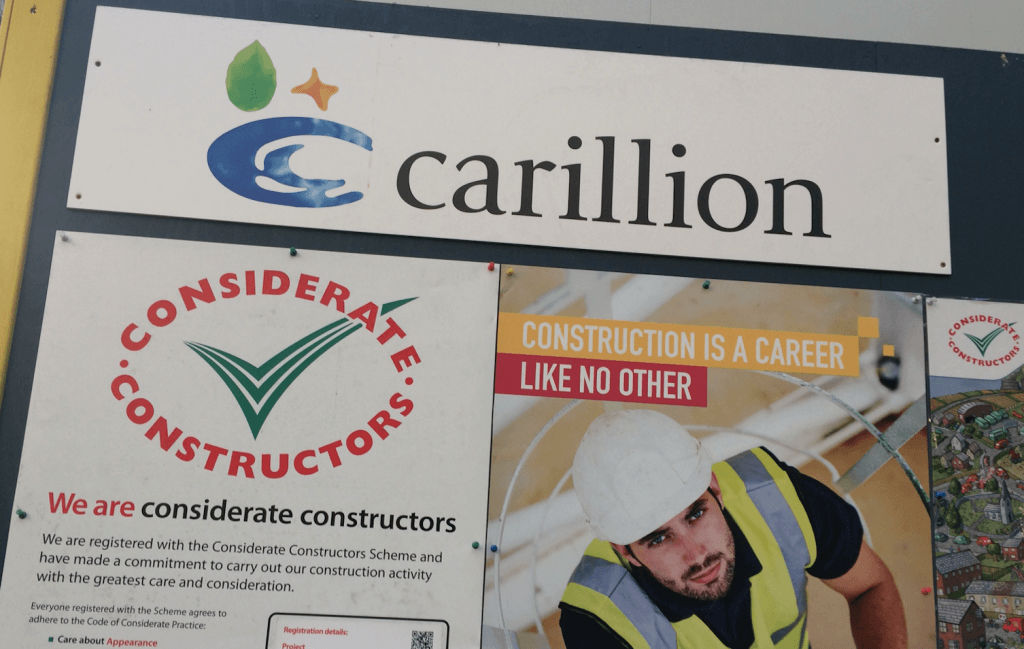 Carillion:The mystery is not that it collapsed, but that it lasted so long

The Big Four accountancy firms are facing calls to be broken up after the audit profession came under fire over the ‘rotten corporate culture’ surrounding the collapse of Carillion.

Rachel Reeves, who chaired one of the Commons committees investing the company’ failure, said the auditors and big companies are in a “parasitical relationship” which needs to be examined by the competition authorities.

In the final report into their inquiry into the spectacular collapse of Carillion, MPs on the Work and Pensions and BEIS committees conclude that Government has “lacked the decisiveness or bravery” to address the failures in corporate regulation that allowed Carillion to become a “giant and unsustainable corporate time bomb”.

The report calls on Government to carry out an “ambitious and wide-ranging set of reforms” to “reset our systems of corporate accountability”.

It says: “The mystery is not that it collapsed, but that it lasted so long.”

But it is Carillion’s board who are both “responsible and culpable for the company’s failure” presiding over a “rotten corporate culture” that led to the company’s devastating and hugely costly failure.

Despite clear accountability, the directors presented themselves in parliament as “self-pitying victims of a maelstrom of coincidental and unforeseeable mishaps”.

Carillion’s rise and spectacular fall was a story of “recklessness, hubris and greed”, its business model “a relentless dash for cash, driven by acquisitions, rising debt and exploitation of suppliers” with at best questionable accounting practices that “misrepresented the reality of the business”. 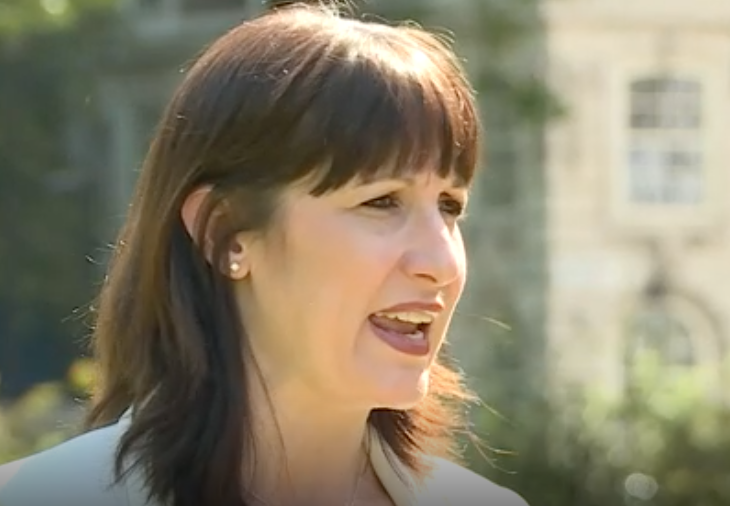 Ms Reeves, chairman of the BEIS Committee, said: “Carillion’s collapse was a disaster for all those who lost their jobs and the small businesses, contractors and suppliers left fighting for survival.

“The company’s delusional directors drove Carillion off a cliff and then tried to blame everyone but themselves. Their colossal failure as managers meant they effectively pressed the self-destruct button on the company.

“However, the auditors should also be in the dock for this catastrophic crash. They are guilty of failing to tackle the crisis at Carillion, failing to insist the company paint a true picture of its crippling financial problems.

“The sorry saga of Carillion is further evidence that the Big Four accountancy firms are prioritising their own profits ahead of good governance at the companies they are supposed to be putting under the microscope.

“KMPG, PwC, Deloitte and EY pocket millions of pounds for their lucrative audit work – even when they fail to warn about corporate disasters like Carillion.

“It is a parasitical relationship which sees the auditors prosper,  regardless of what happens to the companies, employees and investors who rely on their scrutiny.  The Competition and Markets Authority must now look at the break-up of the Big Four accountancy firms to help increase competition and deal with conflicts of interest.

“The collapse of Carillion exposed terrible failures of regulation. The Government needs to stop dithering and act to ensure regulators are up to the job of intervening before companies fail, rather than trying to pick up the pieces when it is too late.”

Frank Field, chairman of the Work and Pensoions Committee, said: “Same old story. Same old greed. A board of directors too busy stuffing their mouths with gold to show any concern for the welfare of their workforce or their pensioners.

“They rightly face investigation of their fitness to run a company again. This is a disgraceful example of how much of our capitalism is allowed to operate, waved through by a cosy club of auditors, conflicted at every turn.

“Government urgently needs to come to Parliament with radical reforms to our creaking system of corporate accountability. British industry is too important to be left in the hands of the likes of the shysters at the top of Carillion.”

The report is damning of the key players in Carillion’s demise.

– The Insolvency Service should “carefully consider” whether Carillion’s former directors breached their duties under the Companies Act and should be recommended to the Secretary of State for disqualification.

– Richard Adam [former finance director] was the “architect of Carillion’s aggressive accounting policies”. The sale of all his shares, asap after his voluntary departure a year before its collapse, were “the actions of a man who knew where the company was heading”.

– Richard Howson [former CEO] was the figurehead for a business that “careered progressively out of control under his misguidedly self-assured leadership”.

– Philip Green [former chairman] was an unquestioning “optimist” when his role should have been to challenge. He incredibly described Carillion as an “attractive and compelling proposition” for investors days before its massive contract write-down, and believed he was the man to head a “new leadership team” right until the end.

– Carillion’s directors elected to increase its dividend pay- out every year, come what may. Even as the company very publicly began to unravel, the board was concerned with increasing and protecting generous executive bonuses.

– The directors’ “aggressive” accounting practices, described by one major shareholder in Carillion as having “no place in a healthy audit”, are well illustrated by the case study of the Royal Liverpool Hospital: see pp of the attached report.

Peer review is a check and balance whereby management’s contract appraisals on the estimate of the value and profit margin of a given contract are reviewed independently within the company. A November 2016 internal peer review of Carillion’s Royal Liverpool Hospital contract reported it was making a loss. Carillion’s management overrode that assessment and insisted on a healthy profit margin being assumed in the 2016 accounts. The difference between those two assessments was around £53 million, the same loss included for the hospital contract in the July 2017 profit warning

Carillion recognised considerable amounts of construction revenue that was “traded not certified”: revenue that clients had not yet signed off, such as for claims and variations, and therefore inherently uncertain whether payment would be received. In December 2016, the company was recognising £294 million of traded not certified revenue, an increase of over £60 million since June 2014, and accounting for over 10% of total revenue from construction contracts

As described in a release earlier this week, Carillion’s EPF treatment helped hide its failure to generate enough cash to support the revenues it was recognising. Carillion had a target of 100% cash conversion: for cash inflows from operating activities to at least equal underlying profit from operations. It consistently reported that it was meeting this target. It could do this because the EPF classification allowed it, in cashflow statements, to present bank borrowing as cash inflow from operations, rather than as yet another loan.

“Carillion used aggressive accounting policies to present a rosy picture to the markets.” Maintaining stated contract margins in the face of evidence that showed they were “optimistic”, and accounting for revenue for work that not even been agreed, enabled it to maintain apparently healthy revenue flows. It used its early payment facility for suppliers as a credit card, but did not account for it as borrowing. “The only cash supporting its profits was that banked by denying money to suppliers.”

– Carillion exposed the UK’s audit market as a “cosy club incapable of providing the degree of independent challenge needed”.

– Government should refer the statutory audit market to the Competition and Markets Authority. Possible outcomes considered should include breaking up the audit arms of the Big Four, or splitting audit functions from non-audit services.

– In its failure to question Carillion’s financial judgements and information, KMPG was “complicit” in the company’s “questionable” accounting practices, “complacently signing off its directors’ increasingly fantastical figures” over its 19 year tenure as Carilion’s auditor.

– Deloitte was paid over £10 million by the company to act as its internal auditor but were either “unable or unwilling” to identify the “terminal failings” in Carillion’s risk management and financial controls, or “too readily ignored them”.

– The lack of competition in the audit market “creates conflicts of interest at every turn”:  KPMG were external auditors, Deloitte were internal auditors and Ernst and Young were tasked with turning the company around. PwC variously advised the company, its pension schemes and the Government on Carillion contracts, but was still the least conflicted of the Four, and “as the Official Receiver searched for a company to take on the job of Special Manager in the insolvency, the oligopoly had become a monopoly and PwC could name its price”.

– KPMG’s “long and complacent” tenure of “cursory” audits at Carillion was not an isolated failure: it was “symptomatic of a market which works for the members of the oligopoly but fails the wider economy”.

– As advisors to Government and Carillion before its collapse, and as Special Managers after, PwC benefited regardless of the fate of the company. Without measurable targets and transparent costs, PwC are continuing to gain from Carillion, effectively writing their own pay cheque, without adequate scrutiny.

– The Committees say they have “no confidence in our regulators”.

– FRC and TPR  were “united in their feebleness and timidity”, too “passive and reactive” to make effective use of the powers they have. Any extra powers they may receive will have little impact without a change of culture and outlook in both. In TPR’s case, the Committees are “far from convinced that its current leadership is equipped to effect that change”.

– The FRC is too “content with apportioning blame once disaster has struck” rather than proactively challenge companies and flag issues of concern to avert avoidable business failures in the first place.

– The FRC was “timid” in challenging Carillion on its “inadequate and questionable” financial information and “wholly ineffective” in taking its auditors to task.

– TPR “clearly failed” in its statutory objectives to reduce the risk of schemes ending up in the PPF and to protect member’s benefits: it had concerns about schemes for many years without taking action, even when Carillion’s trustees repeatedly asked it to intervene

– TPR only announced an investigation for possible recovery action after the company collapse, when there was next to nothing left to recover. The PPF expects a funding shortfall  – which will be absorbed by the PPF and its levy-payers – of around £800 million, the biggest single it will ever have taken. All the pensioners with schemes in the Fund will receive a reduced level of benefits.

– Successive Governments have nurtured a business environment and pursued a model of service delivery which made a collapse like Carillion’s almost inevitable – with the consequences clear in the taxpayer being left to foot so much of the bill for the clean-up operation.

– Measures that Government has taken to improve the business environment, such as the Prompt Payment Code, have proved wholly ineffective and need revisiting.

– Government’s Crown Representative system – “semi-professional and part-time” – provided little warning of the risks in a key strategic supplier and should be reviewed immediately.

– When Special Managers are required for an insolvency, the companies must not be given a blank cheque. The Insolvency Service should set and regularly review spending and performance criteria and provide full transparency on costs incurred and expected future expense.

Carillion board used cash owed to suppliers to hide debt