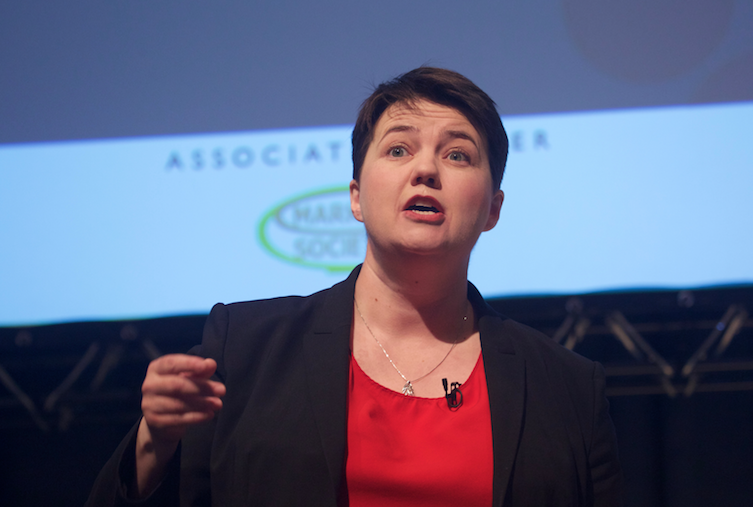 Ruth Davidson: no designs on Number 10 (photo by Terry Murden)

Scottish Conservative party leader Ruth Davidson today ruled out becoming Prime Minister as she spoke about her career in politics.

Addressing a women’s business conference she spoke about her early years, coming to terms with her sexuality and making the move from media into politics.

Asked about her thoughts on one day becoming Prime Minister, she replied: “No thank you.”

Ms Davidson said she had spent many years behind the microphone interviewing politicians and thought: “I could do better than that.”

She said it was important for women to “be themselves” and not to feel guilty about being a woman.

“You are achievers and you have to believe you can be a match for anyone,” she said. 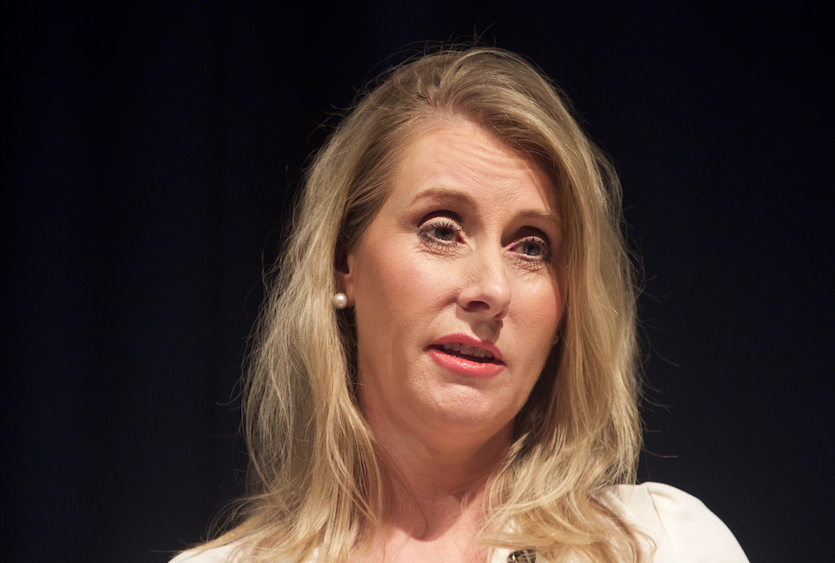 Debbie Crosbie: ‘a great step for the bank’ (photo by Terry Murden)

Top female banker Debbie Crosbie admitted she was “nervous” about publishing data on the gender pay gap. However, she came to believe that it forced companies to confront the issue.

Mrs Crosbie, chief operating officer at Clydesdale and Yorkshire banks, told the Inspiring Women in Business conference in Edinburgh that when her company did publish its figures: “There was disappointment, but no huge surprise.”

Clydesdale revealed that it had a 36% gap in pay between men and women. It was one of the highest in Scotland alongside its potential bid target Virgin Money (38.4%).

Addressing the event, supported by Accenture, Mrs Crosbie said: “It is something everyone in the organisation has been aware of.

“It has been a great step for the bank…it has brought it right to the top of the agenda.”

She urged women to seize opportunities but accepted that it was difficult for females wanting to have children.

“We are doing things to encourage women  into senior positions,” she said, confirming the bank’s target of 40% by 2020.

“It is about women being confident and if that means elbowing male colleagues out of the way that is not a bad thing.”

She admitted, however, that women faced specific challenges.

“Unfortunately, a lot of women in their early 30s are thinking about having children just at a time when men are getting their first senior job.”

She said there was often confusion between gender pay and equal pay, insisting the issue was about women getting into the senior positions.

On releasing the pay gap data, she added: “I was initially nervous… but I now think it forces people to confront issues.”

She agreed with fellow panelist Archie Struthers, global head of investment governance at Aberdeen Standard Investments, that women should not feel guilty about taking part-time or out of office roles.

Mr Struthers said: “Flexible working should not make anyone feel guilty,” adding that “presenteeism [being present in the workplace] is a dangerous cultural hangover.”