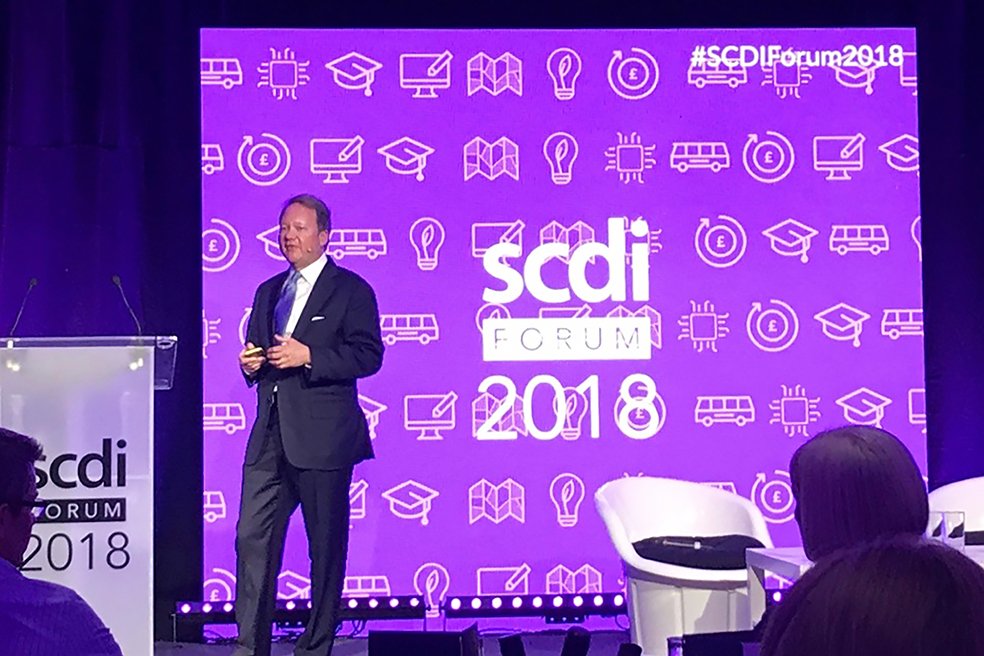 The ability of Scotland’s business leaders to build brands on foundations of honesty and integrity is going to be key to the country’s success, according to Joe Andrew, global head of Denton’s, the world’s largest law firm.

The self-confessed ‘serial entrepreneur’ who oversaw his company’s merger with Glasgow-based Maclay, Murray & Spens last year, insists he is more optimistic than ever about the future for Scotland.

Speaking exclusively to Daily Business at the SCDI’s 47th annual forum in Edinburgh, Mr Andrew said: “You find more of the leaders caring more about corporate responsibility, caring more about finding a purpose for what they’re doing which is more than just making money.

“They find that by building brands that stand for integrity and honesty that they are building a brand that is more valuable.

“They can do that by having ambition, optimism, and a sense of realism. They need to make sure that whatever business sector they’re in, they are trying to be the best they possibly can while also being very conscious of their corporate social responsibility.

“In general a whole generation of businesses in Scotland are as focused on doing the right thing as they are on making money. I am more optimistic about the future for Scotland than I have ever been because of the social awareness of business leaders.”

The 58-year-old Indiana native, whose family roots are in Pitlochry, pointed to the country’s track record of producing entrepreneurs as another source of optimism.

He said: “The entrepreneurial culture in Scotland has been revived and is going strong and Scotland is going to invent the modern world again, the fourth industrial revolution.

“Hume, Adam Smith, James Watt – that spirit is alive and well here. I see that same spirit in the young entrepreneurs here and in senior business executives. The quality of the education and the talent is immense and that is why my firm did the combination with Maclay, Murray & Spens. Now we’re one of the largest law firms in Scotland as we’re optimistic about the future here.

“The history and culture of Scotland’s entrepreneurialism is going to be key. So many people see the clash of cultures between Scotland and England, the clash between the UK government and the Scottish government, as a bad thing and there are many negatives about it.

“But one of the great things is to see that Scottish spirit, that indomitable spirit that will not back down. If they believe something is right they will push for it.

The topic of immigration was one of the subjects discussed with Mr Mundell saying:  “What we want to achieve is that the brightest and best still come to the UK from all over the world. We want to have an immigration system that achieves that.

“Obviously there will have to be changes post-Brexit. I don’t believe Scotland should have a separate immigration system. I believe Scotland has some very specific needs but those needs are not different to needs in certain other parts of the UK such as the north of England and Wales.

“I think we need to have a system that can operate across the UK but which can meet the issues and concerns which arise in Scotland.”

“If the immigration system doesn’t serve the needs of our universities, our agricultural sector or service sector, then we have to have one that does.

“I want to see the UK change its immigration system but if they don’t want to, then I think Scotland should be able to set its own priorities.”