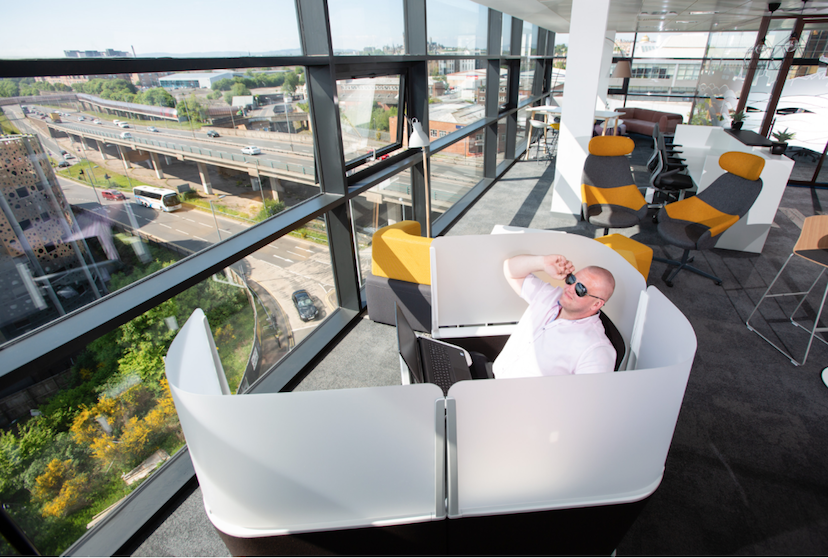 Room with a view: new offices for Alpha Scotland

Furniture and design firm Alpha Scotland is marking its expansion into new premises by launching a competition to win temporary residence in the new work space.

The company has moved from West Regent Street in Glasgow to a new 11-storey development in Finnieston with panoramic views of the Clyde.

Established two years ago, after acquiring Steelcase, it is giving self-employed homeworkers an opportunity to secure a fortnight’s residency in the offices.

Entrants are being asked to submit photos of their home working environment alongside a statement outlining why they feel a change of scenery would be of benefit.

The company recently announced it had won a major contract to kit out key learning spaces at the University of the West of Scotland’s new £110 million campus in Lanarkshire.