Minister in talks over threatened plant

Young’s Seafood management has agreed to consider all options to retain some production at its closure-threatened site in Annan.

Scottish Business minister Paul Wheelhouse said he had held “constructive” discussions with the company’s management and leaders of Dumfries and Galloway Council following this week’s devastating news that the Pinney’s fish processing plant will shut with the loss of 450 jobs.

The company has today given assurances that it will explore “all viable options”, including the prospect of identifying new market opportunities and the potential reconfiguration of the site, to sustain production levels in the town, said the minister.

“I confirmed that the Scottish Government, our agencies and other local stakeholders are all committed to working in partnership with Young’s to explore any potential options to retain production at the site and safeguard as many jobs as possible” he said in a statement issued after the talks.

“We seek to leave no stone unturned in our efforts to retain employment, given the importance of the plant to the economic wellbeing of the community. 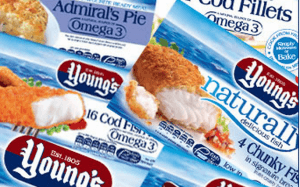 “Young’s have provided a detailed insight into those factors underlying the proposal to potentially close the site, and signalled their agreement to work with us, throughout and beyond the forthcoming consultation period with their staff, to explore all viable options, including the prospect of identifying new market opportunities and the potential reconfiguration of the site, to sustain production levels in Annan.

“While this will clearly be a very worrying time for Young’s employees, their families and the wider community, I want to assure all those who are affected by this that we are committed to doing everything we can to find a viable solution.”

He said a meeting will take place later this week with Dumfries and Galloway Council and other partner enterprise and skills agencies to “map out the next steps in our efforts to try to save jobs at Pinney’s and to ensure we work together, as a team, in the best interests of the people of Annan.”

Scottish Labour called on the Scottish and UK governments to establish a dedicated jobs taskforce.

South Scotland MSP and Scottish Labour spokesman for the rural economy Colin Smyth said: “The shock at Young’s announcement is slowly turning to anger and a desire to see action being taken to mitigate as far as possible the devastating impact of these planned job losses.

“Although the company are being urged to reconsider their decision during the closure consultation, there is little optimism they will do so and the clock is now ticking when it comes to finding alternative employment for the workforce.

“Labour is calling on the Scottish and UK governments to establish a dedicated jobs taskforce, bringing together both governments, the local council, trade unions and other agencies to urgently look at ways to find alternative employment for those facing redundancy.

“We’ve already had plenty of promises from government in the South of Scotland, such as the Borderlands Growth Deal, which so far hasn’t invested a penny in the area, as well as the pledge of a South of Scotland Enterprise Agency two years ago, which is still another two years away from being fully established.

“The workforce facing redundancy doesn’t have time to wait. Workers want to see meaningful action from both governments now.”

Andy MacFarlane, Unite’s regional officer, issued a scathing criticism of the management and the timing of the announcement with winning of new contracts with Marks & Spencer.

He said: “The closure of Pinneys amounts to them shutting down the town. It is the ruthless betrayal of a local community that has served this company for generations.

“But this isn’t the last word on this. Young’s Pinney’s will need to come clean on the facts to justify this. If they can that is.

“In what can only be described as an extraordinary PR move Young’s Pinney’s top line in yesterday’s PR release started with the announcement of ‘3 significant contracts with M&S” which would see Young’s “supply M&S…from 2018 to 2023’.

“Unite Scotland wants to know how the figures justifying closure in Annan can be arrived at when the potential of the new M&S contracts cannot be determined right now.”

Scottish Liberal Democrat leader Willie Rennie called for Scottish Enterprise to answer questions over what action it has taken to prevent the proposed closure of the Pinneys seafood plant in Annan as he revealed that Liberal Democrats had raised concerns about the firm’s future four years ago.

In February 2014, Scottish Liberal Democrat MSP for the South of Scotland Jim Hume and councillor Richard Brodie alerted Scottish Enterprise to the possibility of all Marks & Spencer business going to Grimsby after a meeting with Pinneys management.

Mr Rennie said: “Four years ago, my colleagues Jim Hume and Richard Brodie warned Scottish Enterprise that there was a real risk of production shifting away from Scotland and with it the loss of many jobs.

“The Scottish Government and the Scottish Secretary are well aware of the importance of these jobs to the South of Scotland. Together with Scottish Enterprise, they must be clear about what they have been doing to protect these jobs since 2014 and, more importantly, what they will do to save the plant and the livelihoods of those who depend upon it.”

Councillor Richard Brodie said: “When Jim Hume and I warned that jobs were at risk, Scottish Enterprise seemed focused on small business support and appeared to have no appreciation of the massive importance of Pinneys to the rural area.

“The proposed closure of the Pinneys plant will have incalculable consequences for Annan, Eastriggs and many more small villages here where 450 jobs is a large slice of the population.”

“I will continue to press for the Scottish Government to take action to support the workers’ whose jobs are at risk.”