TSB may face watchdog penalty for IT meltdown 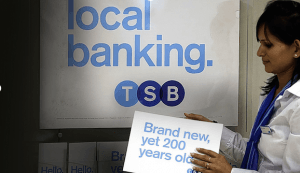 TSB Bank faces a potential fine over the IT meltdown which locked thousands of customers out of their accounts.

Chief executive Paul Pester apologised for the technical problems which occurred when the bank attempted to migrate account holders to a new system.

Despite being rigorously it denied many customers the ability to undertake transactions, while others found money they did not have appearing on their statements, or said they could get see other people’s accounts.

The bank took down its mobile app and online banking until the problem was fixed early this morning, although its website indicated that customers may still face difficulty gaining access to internet banking.

Mr Pester tweeted: “Our mobile banking app and online banking are now up and running. Thank you for your patience and for bearing with us.”

He said that only 402 customers “saw data we wouldn’t normally make available” and customers who suffered any losses would be compensated.

However, Nicky Morgan MP, chairman of the Treasury select committee, has written to TSB demanding to know what has gone wrong and when normal services will resume.

Ms Morgan said the failures had “all the hallmarks of an IT meltdown”.

She will contact the City watchdog the Financial Conduct Authority, which fined RBS £56m for a similar failure in 2014.

Ms Morgan said: “This is yet another addition to the litany of failures of banking IT systems.

“It simply isn’t good enough to expose customers to IT failures, including delays in paying bills and an inability to access their own money.

“Warm words and platitudes will not suffice. TSB customers deserve to know what has happened, when normal services will resume, and how they can expect to be compensated.”

The FCA said: “We will be talking to the firm to understand exactly what went wrong and the steps that they are taking to ensure something like this does not happen again.”