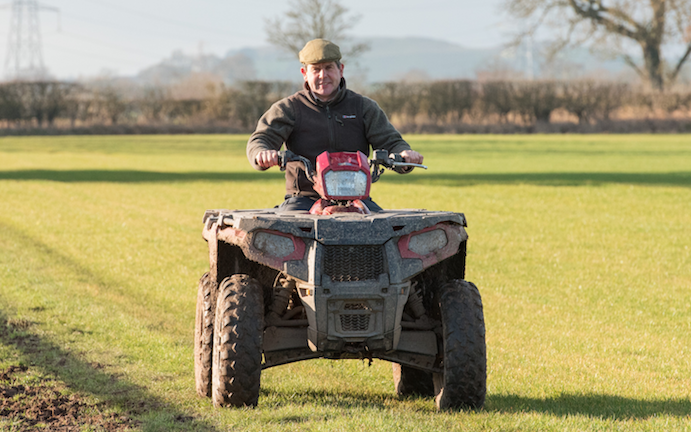 Sandy Thomson on his Lambden Farm at Greenlaw: ‘the horse has a good chance’

Scotland will be hoping for back to back victories in the Grand National with a strong contender ready to repeat One for Arthur’s success last year.

Seeyouatmidnight, trained by Sandy Thomson at Greenlaw near Kelso, is a 14/1 chance – the same price as last year’s Kinross-stabled winner – and has a big chance under jockey Brian Hughes.

The horse (pictured right) was third in the 2016 Scottish Grand National. 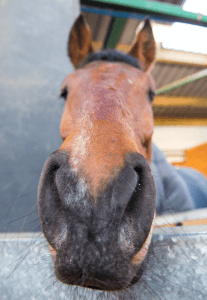 Sandy had a successful rugby career, winning the Scottish Championship with Kelso, playing for the South of Scotland on numerous occasions including games against the All Blacks and Australia, and representing Scotland B

He hopes to bring the winning mentality to Aintree with his 10-year-old Grade 2 winner over both hurdles and fences.

There has been a big punt on Baie des Ailes, ridden by Katie Walsh, one of three female jockeys in this year’s race. Baie des Ailes was 80/1 in January but could go off as low as 12/1.

A big fancy is Total Recall which has come on under Willie Mullins this term, winning three big handicaps over hurdles and fences, and running a good race in the Cheltenham Gold Cup until falling.