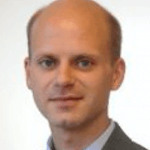 Mr Ramstedt joins from Scottish Futures Trust where he was an associate director specialising in housing projects.

He has also held senior roles with the Scottish Government’s Financial Partnerships Unit and worked at Communities Scotland.

He said: “LAR has made a major impact on the Scottish housing market in the two years since it was launched and I’m delighted to join an innovative and progressive organisation.”

A native of Finland, he was educated at Aberdeen University where he studied economic science and management, which included a year at Whitworth University in Washington State. He has also studied at Oxford University’s Said Business School.

LAR chief executive, Ann Leslie, said: “Mikko brings a wealth of relevant experience to the senior team at LAR and will play an important role in our rapid growth.”

LAR is already half way to reaching its five year target of 1,000 affordable homes across Scotland and is also actively reviewing a number of development opportunities.