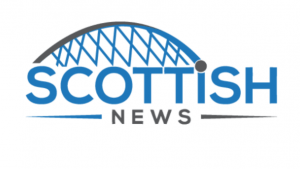 An ambitious plan to create Scotland’s biggest newspaper and multi-media operation has collapsed after investors pulled out.

Scottish News, registered in November, was meant to launch this Spring from offices in Paisley.  A number of journalists who were intended to be the first of 800, have been laid off.

Freelance marketing and business development executive John Wyllie, 34, who was behind the venture, issued a statement saying: “Despite our very best intentions we are all extremely disappointed that the plans to launch Scottish News haven’t been able to progress as expected.

“We have been on an incredible journey so far to realise our aim of launching an innovative and exciting new company which would bring new jobs to the Glasgow area and allow us to invest in a city we love.

“Sadly, we have however been let down on promised investment and it is with deep regret that this left us with no alternative but to withdraw the employment offers made.

“This decision was made with a heavy heart having explored all other alternatives within the time frame we had and we wish everyone well in their future careers.”

Dominic Bascombe, organiser of NUJ Scotland, was among a number of sceptics who questioned the scale of Mr Wyllie’s plans at a time when other news organisations are facing enormous cost pressures and are scaling back their operations.

When the adverts appeared he said: “A venture claiming to want over 800 journalists in Scotland raises suspicions. This is a number of jobs far above and beyond even the biggest media players in Scotland and indeed across the UK.

“We would urge anyone considering joining such an unknown venture to ensure that they do proper due diligence in their employment search.”

The job adverts described the company as an “exciting, dynamic new media brand with a vision and passion to succeed in becoming the UK’s largest multi-media platform.

“We believe the people of Scotland deserve unbiased quality content and this is exactly what we aim to deliver.

“Launching in 2018, we will become the largest single printed newspaper in Scotland – the voice for the people and the largest and best quality content creators offering niche categories and free speech.

“We will have a presence in every local geo-demographic town, city and island in Scotland.

“Employee satisfaction and wellbeing will be at the heart of our business and we will boast an enviable work culture where we encourage teamwork, collaboration and will also invest heavily in professional development and technology.”

The company’s website has been taken down with the exception of its front page, which shows the Scottish News logo.

Its “About Us” page previously said: “We are a dedicated team of people who are passionate about the quality and integrity of news in Scotland and beyond. We are bringing to Scotland a news product with a difference, so watch this space.”