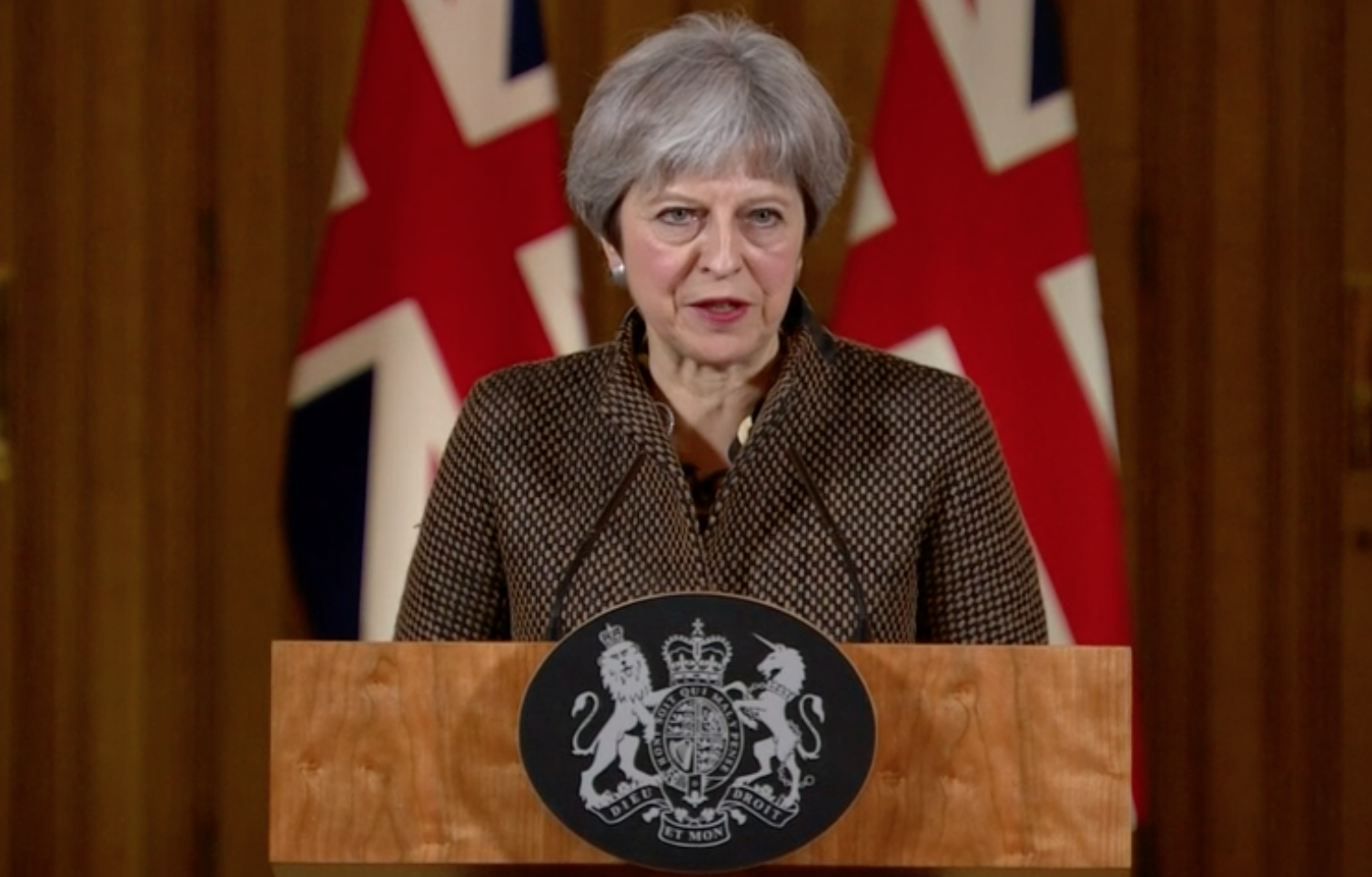 Theresa May: ‘the right thing to do’

Theresa May will make a statement to the Commons on Monday after RAF Tornados joined US and French forces in bombing attacks on selected chemicals weapons targets in Syria.

US president Donald Trump said the action early on Saturday morning was sent as a “deterrent against the production, spread and use of chemical weapons” and followed the attack on civilians in Douma last week.

Bombs landed on Damascus, as well as two locations near the city of Homs, the Pentagon said.

Syria’s ally Russia described the operation as an act of aggression.

Prime Minister Theresa May, speaking in Downing Street, said it was “the right thing to do” and was “absolutely in Britain’s national interest”.

She said “limited and targeted strikes” had degraded Syria’s ability to use chemical weapons.

“This collective action sends a clear message that the international community will not stand by and tolerate the use of chemical weapons,” she said. 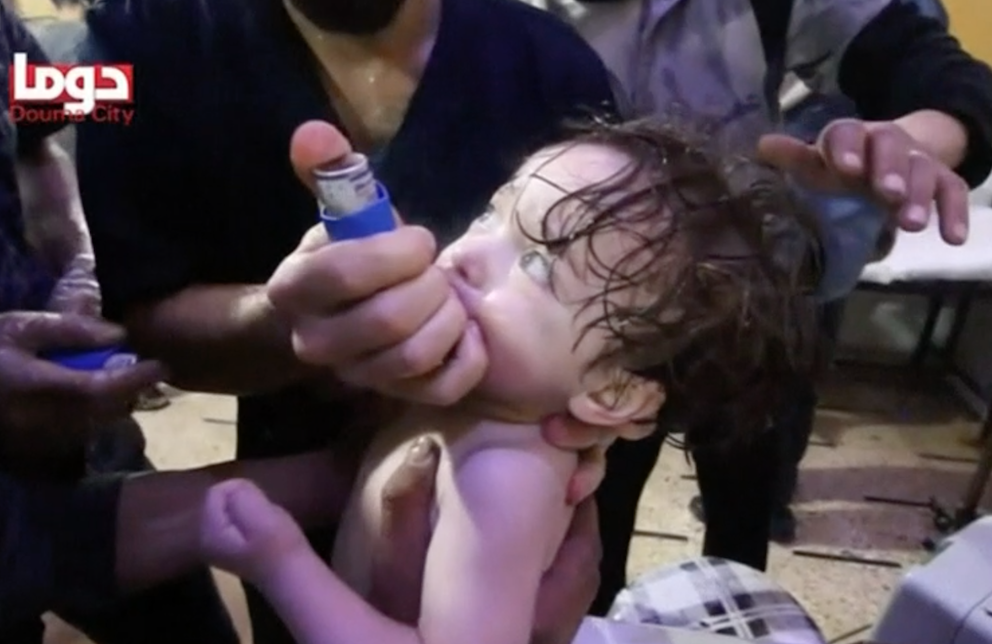 German Chancellor Angela Merkel – who had ruled out joining the military action – said she supported the strikes as “necessary and appropriate” and there was also backing from Canada.

Mr Trump said: “The nations of Britain, France, and the United States of America have marshalled their righteous power against barbarism and brutality,

“The purpose of our actions tonight is to establish a strong deterrent against the production, spread, and use of chemical weapons.”

Russian President Vladimir Putin said he “condemns the attack in the most serious way”.

Scotland’s First Minister Nicola Sturgeon said the suspected use of chemical weapons was “sickening” but warned that the latest action risked “dangerous escalation”.

She later tweeted: “Air strikes have not resolved situation in Syria so far – nothing I’ve heard persuades me they will do so now.”

The SNP’s Westminster leader Ian Blackford spoke to the Prime Minister before the bombing  after expressing disappointment that parliament was not consulted before a decision was taken.

Scottish Conservative leader Ruth Davidson supported the air strikes. She tweeted: “I support the targeted air strikes by the UK, US and France against the Syrian regime’s chemical weapons facilities.

“As the head of NATO has stated this morning, the use of chemical weapons is unacceptable and those responsible must be held accountable.”

“Britain should be taking a lead role in negotiating an end to the Syrian conflict and halting the abhorrent use of chemical weapons, rather than putting more innocent civilians at risk, and British military personnel too.

“The government must do all in its power to secure agreement from Russia and the US to an independent UN investigation of the chemical weapons attack, so that those who are responsible can be held to account properly.”

There were concerns that Russia would react with cyberattacks on western targets.