Stock markets wobbled amid renewed fears of a trade war between the US and China.

Beijing responded to US president Donald Trump’s import tariffs on steel and aluminium with its own list of duties on 128 imported American products, including pork and apples.

The retaliatory action sent the Dow Jones down by more than 730 points, or 3%, before recovering to end the day down 459 points, or 1.9%.

The wider S&P 500 index was also down 2.3% and the tech-focused Nasdaq shed 2.74%, though losses were also attributed to sellers of Amazon and Facebook stock as the tech companies come under scrutiny.

Asian markets were more resilient, with Japan’s Nikkei down 0.9 %, having fallen 1.6% at the open. China’s Shanghai Composite index eased 0.4%. Shane Oliver, Sydney-based chief investment strategist at AMP Capital, said: “Asian investors have looked at the noise recently and said ‘well there is nothing really new in all this’.”

The Beijing ministry said that China and the US should resolve issues through negotiation and dialogue. 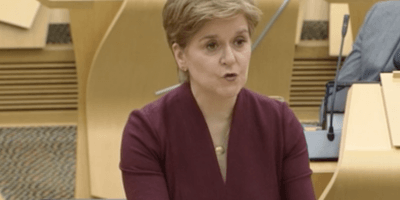