'We have best of both worlds' 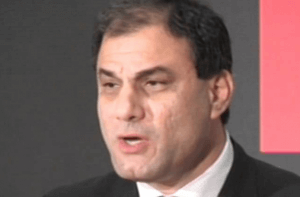 Addressing a dinner for business leaders at Gleneagles he called for MPs to show they too had leadership skills by re-thinking Britain’s withdrawal.

“Are they managers or leaders?” he said. “The right thing for them to do if they believe in the interests of the country is to have the guts to say this [Brexit] is absolute nonsense.”

Listing a number of ‘sovereign’ rights that Britain already has, he said that despite the metric measures applicable across Europe, the British “drive on the left, we measure our roads in miles, we serve our beer in pints”.

Speaking at the Entrepreneurial Scotland dinner, he said: “We have the best of both worlds.”

The EU is not perfect, he said, “but the best thing by far is to remain in the EU.”