Lawson and Tammes to head up Burness Paull 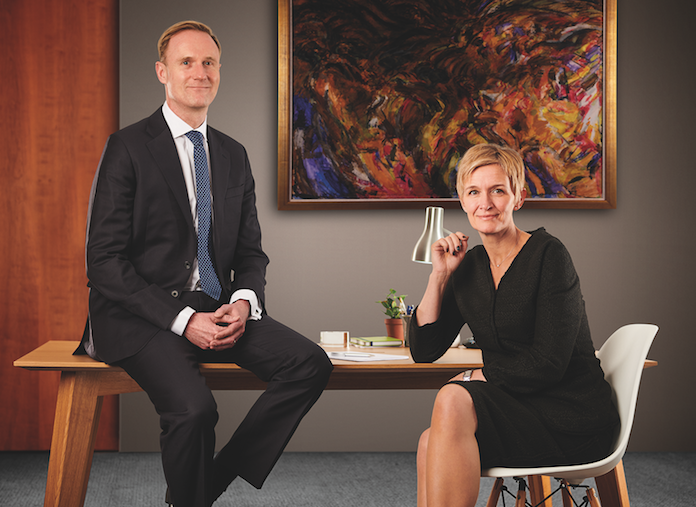 Peter Lawson will take over as chairman of law firm Burness Paull when Philip Rodney steps down in August. Tamar Tammes will step into the role of managing partner.

Both trained at the firm with Mr Lawson currently leading the corporate department, while Ms Tammes is head of property and infrastructure department.

The new leadership team will replace Mr Rodney and managing partner Ian Wattie, who have served more than 12 years in their respective posts.

Mr Rodney will leave the firm to pursue a number of personal projects, while Mr Wattie will be retained in a strategic consultancy role with the firm for the next 12 months to help finalise the delivery of a number of key projects.

The handover follows a year-long shadowing process designed to ensure a seamless transition with clarity of succession for both clients and staff.

Mr Lawson, who spent three years in London with ‘Magic Circle’ firm Freshfields Bruckhaus Deringer, said: “Philip and Ian have led the firm through a transformational process and will leave their roles with the firm in great shape. It is an exciting time for the firm, which has a very clear growth strategy.

Tamar Tammes said: “It has been an exceptionally busy year so far.

“Over 40% of our work is now international, and we have recently become the sole UK-headquartered member of Lex Mundi – the world’s leading network of independent law firms.

“Peter and I are incredibly fired up about leading the team and embracing advances in technology and working practices to deliver further success.”

The independent firm posted a record-breaking performance in the latest corporate deals table, advising on 296 transactions with a total value of £42.8 billion.

The volume of deals was more than twice the number of its nearest rival, and the cumulative value more than six times greater.