Jones to step down as Wales’ First Minister 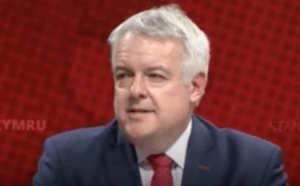 Carwyn Jones is to step down as Wales’ First Minister after saying the death of a Cabinet Minister he had sacked had put him through “the darkest of times”.

Mr Jones, announcing his decision at the Welsh Labour party conference in Llandudno, referred to the death of Carl Sargeant who was found dead last November days after Mr Jones fired him as Communities Secretary.

His dismissal followed allegations about his personal conduct.

Mr Jones told his party’s delegates that his exit would give his family, his party and the country a “fresh start”.

Finance Secretary Mark Drakeford said he was giving “serious consideration” to seeking to replace Mr Jones who was thanked by UK Labour leader Jeremy Corbyn for his “tireless commitment to making Wales a more equal country”.

Mr Jones has been First Minister and Welsh Labour leader since 2009.

Referring to his wife and family, he told party delegates: “I don’t think anyone can know what the last few months have been like – no one apart from Lisa and the kids.

“They have carried me through the darkest of times. I have asked too much of them at times. It’s time for me to think about what’s fair to them.”

There was air of disbelief when Mr Jones said: “This will be the last Welsh Labour conference I address as party leader.

“I intend to stand down as your leader in the autumn allowing for a new first minister to take their place by the end of this year.

“By that point it will make sense to have a fresh start for my family, my party and my country.”

The announcement came despite the Welsh Labour leader telling BBC Wales on Friday that he was looking forward to continuing as First Minister “for some time to come”.

Regarding the succession, Mr Drakeford said: “I will talk to others. I’ve got to think of my own family in talking to them, and I will think about it very seriously.

“But I can quite easily see why that serious consideration would conclude that I wouldn’t want to do it.”

Jeremy Miles, the Welsh Government’s counsel general, and Huw Irranca-Davies, minister for children and social care, are other potential candidates.