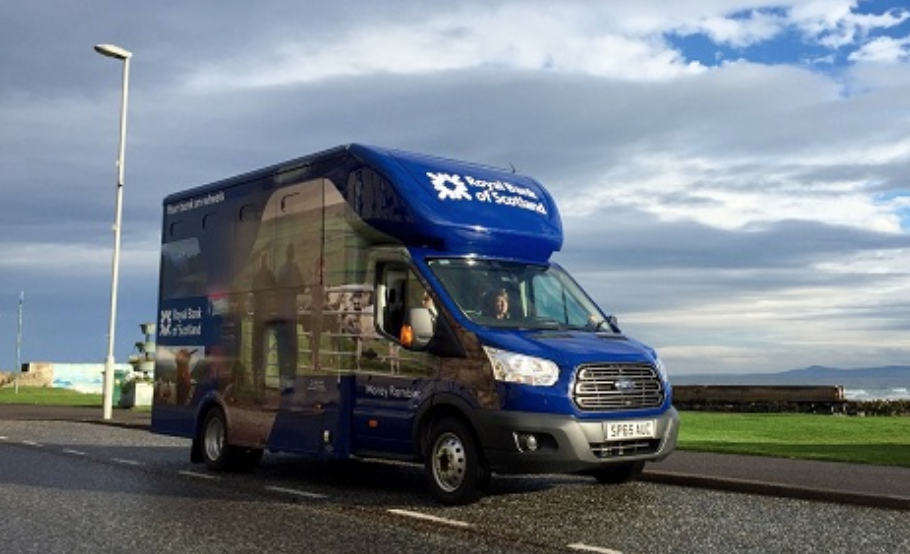 Small business leaders have criticised reported moves by RBS to slim down its mobile bank van services in rural communities.

The move, if confirmed, follows the bank’s plans to provide mobile banking in areas where branches are being closed.

Colin Borland, head of devolved nations at the Federation of Small Businesses, said: “RBS made the argument that the impact of Scottish branch closures would be mitigated by smart ATMs and mobile van bank services.

“Today’s reports warn that, because more branches are closing, these mobile van services will be spread even more thinly – making it harder for local businesses and consumers to access banking services.

“RBS looks again like it is trying to cut services that customers find valuable. This move also seems to clash with evidence RBS chiefs gave to MPs in January, where they talked up investment in their mobile bank fleet.

“It wouldn’t surprise me if MPs on the Scottish Affairs Committee will be keen to get to the bottom of this when they take evidence from RBS chief, Ross McEwan, next month.”

“These words will now appear hollow to those communities which could be cut off as a result of the scaling back of the mobile bank van service.

“This type of action is typical of the RBS approach to its customers. Throughout the rounds of bank closures, RBS has offered olive branches of support when put under pressure over concerns about reduced services, only for them to be snatched away once the dust has settled.

“Labour members of the Committee have pushed for Ross McEwan to be summoned to face questions over branch closures. He is now confirmed to appear and I look forward to hearing his reasons as to why RBS has let down its customers and communities yet again.”

SNP MSP Jenny Gilruth, who has campaigned against branch closures in Fife, said: “This is appalling behaviour from RBS.

“Not only have they reduced the service to customers across the country even further – they’ve done so by quietly changing the timetable as opposed to being straight with people. It’s yet another betrayal of RBS customers in Fife and across the country.

“It’s time for RBS to be upfront with customers and communities – this kind of behaviour erodes trust in the bank even further after their shameful rounds of closures over the last few years. They ought to remember who saved the bank from going under just a decade ago.”