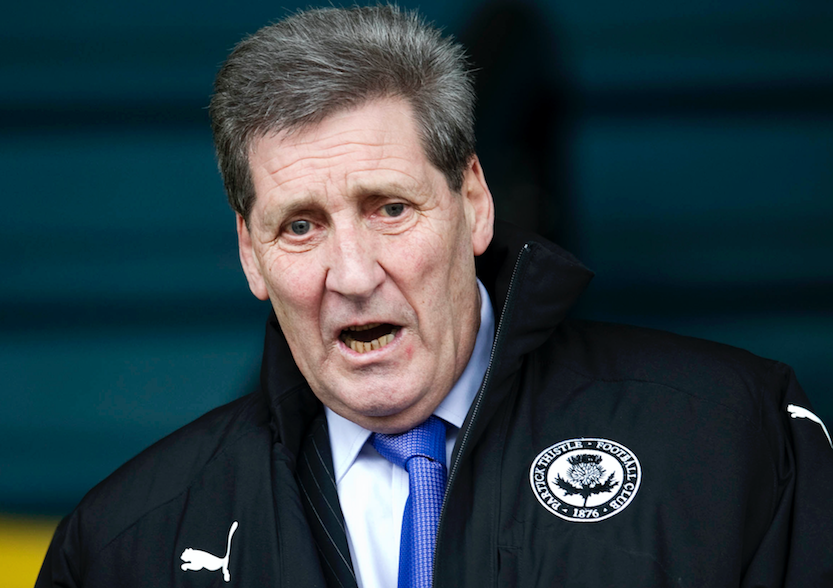 John Lambie, who had four spells as manager of Partick Thistle, has passed away, aged 77.

In a statement from Partick Thistle FC, the club said: “All at Partick Thistle are devastated to learn that former manager, hall of fame inductee and Thistle legend John Lambie has passed away.”

Hamilton added: “John was certainly a unique character as manager.

“He twice took us up to the Premier and our thoughts are with his family and friends at this time.”

Lambie’s colourful language and fondness for cigars and pigeon racing famously featured in a BBC Scotland fly-on-the-wall documentary, “Grasping The Thistle”, focusing on the final stages of Thistle’s successful bid to become First Division champions in 2002 – a second-successive promotion.

Players and managers union PFA Scotland said: “There will be many an anecdote being told across football about this unique character. He put a smile on many a face.”

Born in Whitburn, Lambie was a full-back with his local junior club before joining Falkirk and St Johnstone with whom he reached the Scottish League Cup final and played in their first campaign in European football.

Lambie retired as manager in 2003 and took up a seat on the club’s board.