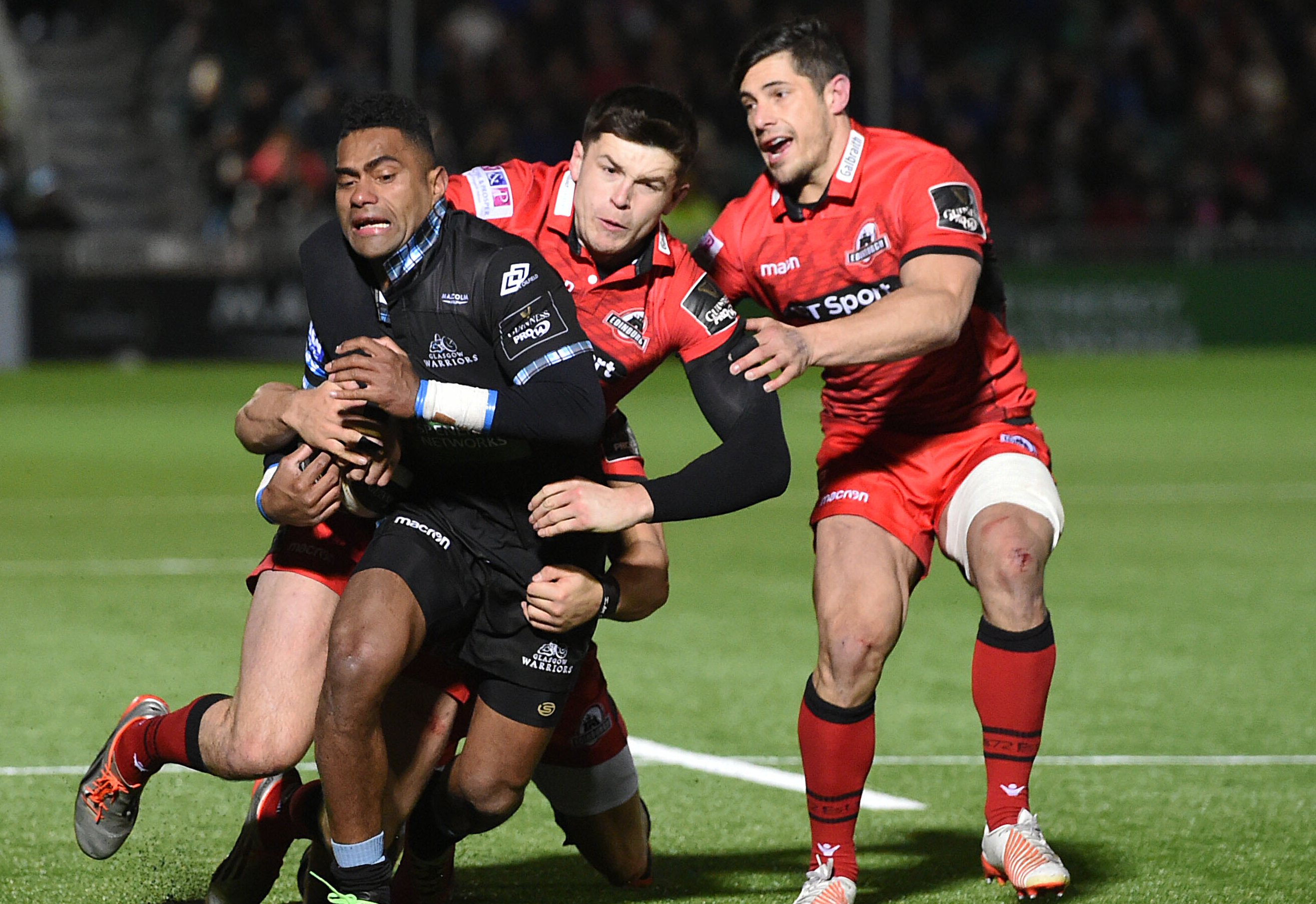 It’s all to play for as Edinburgh and Glasgow go head-to-head in the deciding fixture to decide who wins the 1872 Cup (pic: SNS Group).

As Edinburgh and Glasgow prepare to lock horns at BT Murrayfield tomorrow evening, the decision to stage the 1872 Cup on a best-of-three basis for the first time has proved a master stroke.

With both teams going into battle with one win each, the winner-takes-all encounter has attracted more than the usual level of interest.

Richard Cockerill’s side prevailed with 14 men in an epic opening fixture in the Capital, while the Warriors took their revenge the following weekend with a Scotstoun whitewash towards the end of December.

The results have set up the deciding tie perfectly, with not only city pride at stake but the Guinness PRO 14 Final Series having to be built into the equation as well.

Dave Rennie’s outfit go into the match in the knowledge they have already qualified from Conference A with a home tie to look forward to in the semi-final. Edinburgh on the other hand remain in the Conference B qualifying mix with Scarlets and Ulster.

There is more riding on the match for the home side and Cockerill, who recently extended his stay in the capital to 2021, said: “There are points to be won to qualify for the Final Series and that’s one part of it.

“The second part is that we want to get one over Glasgow. I’m learning about the rivalry; about the 1872 Cup.

“The balance is being readdressed slowly; they are under pressure for their supposed top spot in Scotland.

“They have lived in a relatively comfortable way because Edinburgh have been so poor over the years but now we’re a side that’s improving and performing.

“We’re a team that wants to supersede them in the rankings to become the No. 1 team in Scotland.”

Opposite number Rennie, who will see DTH van der Merwe, the Warriors’ all-time top try scorer make his 100th Glasgow appearance, said: “There’s a historic cup up for grabs and we want to put in a good performance for the thousands of Warriors fans who will be travelling along the M8 to support us.

The eagerly-anticipated match (kick-off 7.30pm) will bring the curtain down on ‘Silver Saturday’ at Murrayfield when seven trophies will be contested on BT Cup Finals Day.