Deal activity to pick up as confidence rises 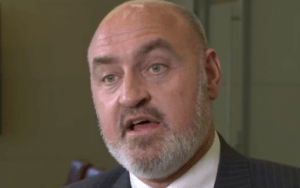 Deals activity is expected to pick up this year after a record number of companies expressed their intention to pursue mergers and acquisitions.

After a strong first quarter, which saw the overall value of UK M&A total $120bn and 681 deals, activity looks set to remain high with a record 65% of UK companies expecting to actively pursue deals in the next 12 months – above the global average of 52% and up from 60% six months ago.

EY’s 18th Capital Confidence Barometer shows that UK deal appetites have re-focused on Europe, with Ireland (4) and the Netherlands (5) replacing the US and India in the top five target destinations, alongside France (2) and Germany (3).

At the same time, the UK has dropped to fifth place on the global M&A destination list.

Ally Scott (pictured), EY’s head of transaction advisory services in Scotland, said: “Rising confidence is seeing deal pipelines and M&A appetite shifting up a gear across the UK including Scotland where the market is increasingly vibrant. We expect this trend to continue for the foreseeable future as executives regard M&A as a growth engine.

“Improving global growth and the need for UK companies to plan for life after Brexit, mean that UK executives still have a positive perspective on global markets – especially European destinations.

“Scottish businesses are seeing an increase in opportunities in international markets while at the same time momentum is building in terms of interest from international investors in companies based in Scotland.”

The data on M&A activity coincides with a rise in business confidence in Scotland – the biggest uplift in the UK – with more companies intending to hire staff, according to the Business Barometer from Bank of Scotland.

“The rise in positivity was the biggest of any UK region, which bodes well for Scotland’s prospects during 2018, though we still expect levels to fluctuate through the year.

“The fact that a significant number of firms expect to recruit more staff, and that this figure is steadily growing, is a good indication that businesses are planning for growth with cautious optimism.”