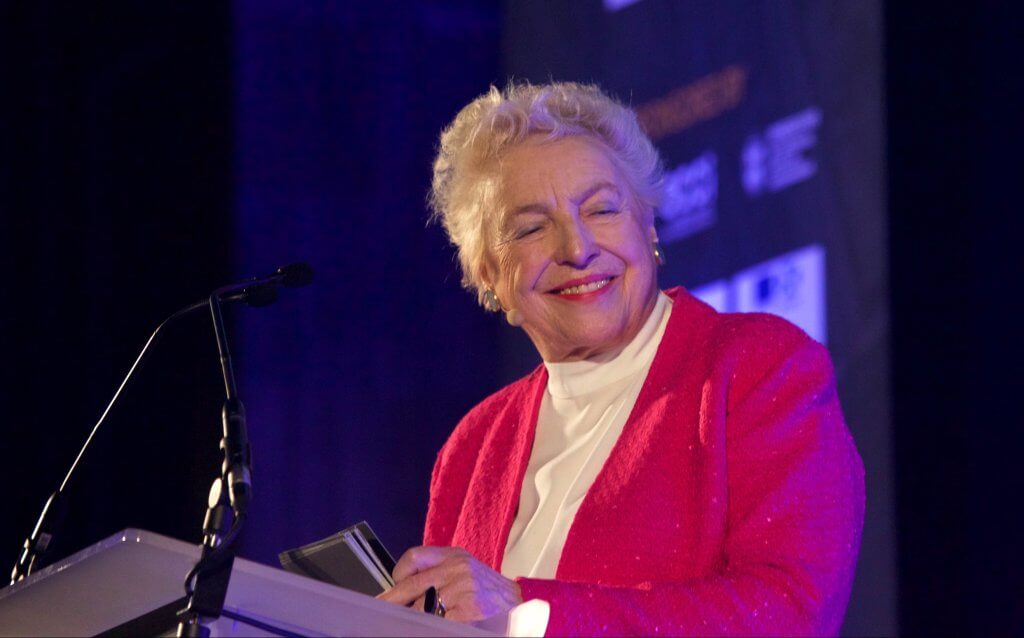 One of the UK’s most successful, yet barely known tech entrepreneurs, today spoke of the need for team building in achieving successful outcomes.

Dame Stephanie ‘Steve’ Shirley, who was an early campaigner for women in business, told more than 800 entrepreneurs, investors and advisers how she created a company run by women in the 1960s.

It was floated on the stock market and turned 70 of her 8,500 staff into millionaires.

Addressing the EIE18 conference in Edinburgh, she attributed much of personal achievement to surrounding herself with good people.

“You cannot do it all by yourself. You need teamwork,” she said, adding that leaders need to learn from their mistakes and move on.

“Success is to be found on the edge of failure,” she warned.

On women in business she said that when she was setting up her company “nobody expected much from women at work or in society,” adding that she changed her name to ‘Steve’ in order to get access to decision makers.

The robot was demonstrated by Carl Clement of Emotion Electronics. 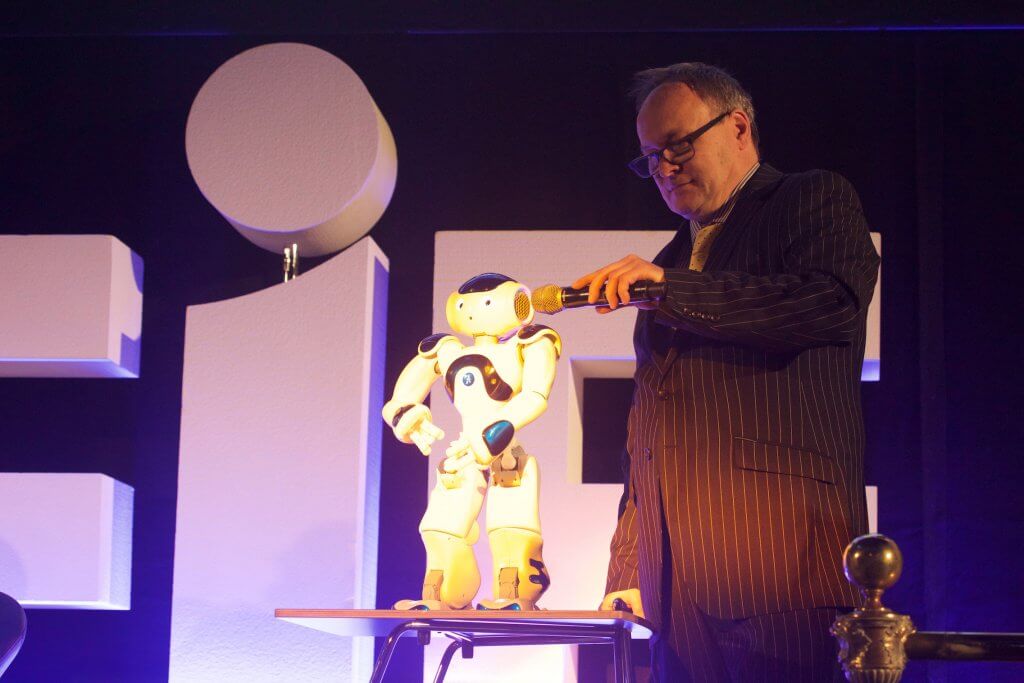