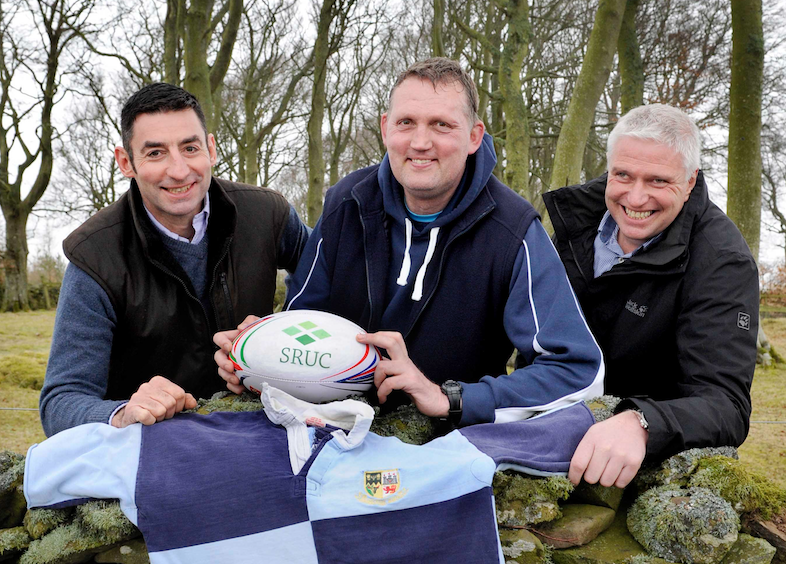 Former college pals of Doddie Weir are among past and present students at Scotland’s Rural College (SRUC) scrummaging together to raise money for the rugby legend’s motor neurone disease charity.

The ex-Melrose and Newcastle Falcons lock, who revealed last year that he was suffering from the disease, gained the first of his 61 Scotland caps against Argentina in 1990 while studying agriculture at SRUC’s Edinburgh campus.

Now two of his former classmates, Hamish Dykes from the BBC’s Lambing Live programme, and David Ireland, director of waste recycling company 3R Solutions, will turn out for an SRUC Alumni team against the college’s current Edinburgh Agrics side in a special charity match.

They hope to raise at least £2,000 for the My Name’5 Doddie Foundation.

The match will take place at Peffermill Playing Fields on Wednesday 18 April (kick-off 7pm), and entry is free.

The coin toss will be performed by My Name’5 Doddie trustee Finlay Calder, the former Scotland flanker who captained the British and Irish Lions on their successful Australian tour in 1989.


The team of former students will be captained by Steven Mitchell, who runs the famous Buffalo Farm in Fife and starred in the second series of BBC’s This Farming Life, while the current side is captained by Ian Carlisle, a third-year student from Dumfries.

Doddie said: “I am delighted to see my old college is staging a rugby match for My Name’5 Doddie Foundation. I have so many fantastic memories of being at SRUC where I made such a great number of friends – it is impressive to hear that some of them are still able to pull on a pair of rugby boots.

“The level of support and generosity people have shown me since I shared my diagnosis has been amazing and it has meant a great deal to me and my family.

“We are now firmly focused on what we can do to help fund research and hopefully, one day, find a cure for MND. We also want to support fellow sufferers and push the need for research further up the agenda. Good luck to everyone involved, I know you’ll have a great night.”

Wayne Powell, principal and chief executive of SRUC, said: “We’re proud to count Doddie Weir – a Scotland rugby legend – among our former students and this match is a fantastic way of helping to raise money for his foundation.

“We’re delighted that so many SRUC alumni, including some of Doddie’s ex-classmates, have agreed to take part against our current crop of rugby players for what promises to be a memorable and extremely worthwhile occasion.”

Hamish Dykes said: “The first time I met Doddie at college, he was straight out of school and fairly unknown.

“But by the time we left, he was a famous international rugby player, so I like to think our influence helped.

“It’s brilliant to get the opportunity to take part in this match and help Doddie’s charity and also to renew some old acquaintances at SRUC.”