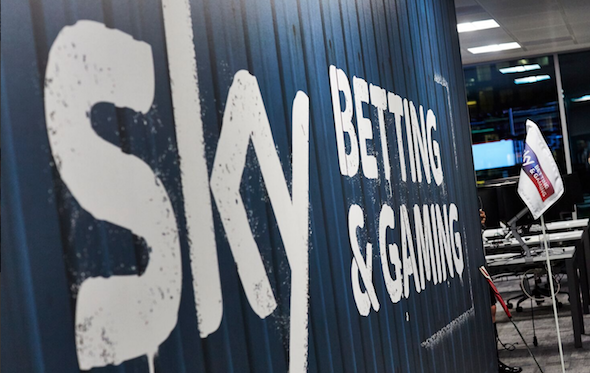 The deal will create the largest publicly listed online gaming company in the world.

Sky plc, which also owns Sky News, holds 20% of Sky Betting & Gaming and will retain a 3% stake in the new company.

“SBG operates one of the world’s fastest growing sportsbooks and is one of the United Kingdom’s leading gaming providers. SBG’s premier sports betting product is the ideal complement to our industry-leading poker platform.

There had been speculation that Sky Betting would announce a £3bn flotation.

Employing 1200 people and headquartered in Leeds, it saw a 38% increase in earnings before interest, tax, depreciation and amortisation in 2017 to £146m.

In 2017, Sky Betting revealed that its customer base had risen by half a million compared with the previous year.

It is the second major deal in the gambling sector after GVC Holdings acquired Ladbrokes Coral last month to create a company with operations in 35 countries and the largest listed online-led betting and gaming operator by revenue.