Business should be worried about FM’s agenda 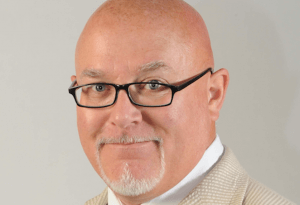 Nicola Sturgeon continues to ignore the professed wishes of Scottish business, made both publicly and privately, that the dispute about the so-called Westminster “power grab” over returning powers from Brussels after Brexit is against Scotland’s best interests.

In a surprise move, given how Scottish businesses or their trade associations sought to avoid offering comment during both the Scottish independence or EU membership referenda, three of Scotland’s leading business groups have issued a joint statement making it clear they believe a common regulatory approach across the UK is required on all matters to do with food labelling and standards.

The Food & Drink Federation Scotland, Scottish Bakers and the Scottish Retail Consortium are all clearly concerned enough that they could end up with divergence that adds significantly to their costs and complicates their supply chains without earning them a single penny in reward. Their statement pulled no punches, saying:

“Our concern is less about where these 111 powers being repatriated from Brussels ultimately reside, rather it is about ensuring that on a small number of areas in particular – such as food and nutrition labelling and food compositional standards –there is the fullest possible alignment post-Brexit, with the devolved and UK administrations working together on a shared approach in order to minimise duplication and discrepancy for manufacturers and retailers.’

I suspect they will not be the last within Scottish businesses to identify the UK’s single market as worth preserving and fear the meddling of Holyrood to try and be different. Variation means added costs, additional arrangements and management time – but does not add value or any benefits to the bottom line.

The statement added salt to the wound that was opened up when the Welsh First Minister, Carwyn Jones, announced earlier in the week that he was happy to accept the latest proposals offered by the UK Government, believing they provided genuine respect necessary for a joint approach to obtaining common standards, and with sunset clauses ensuring powers must eventually transfer to Cardiff and Edinburgh would protect devolution.

Nicola Sturgeon could not find it in her to say the same for the Scottish Government, but the longer the dispute carries on the more it suggests the Scotland’s First Minister has a different agenda.

Her Welsh double act had provided some political cover – for it allowed both Jones and Sturgeon to suggest it was Downing Street that was being unreasonable, not Cardiff or Edinburgh. Now that cover is gone and the unreasonable one looks like oor Nicola.

We should not be surprised. I don’t believe Nicola Sturgeon is especially interested in the powers to set farm subsidies, establish limits for airport noise or determine product labelling. She has always believed the 111 powers that could come to Holyrood should stay in Brussels and, were Scotland to be independent, she would certainly be willing to trade them back to the EU in a heartbeat to try and gain membership.

And how could she be ready for 111 new powers anyway? The Scottish Government demanded more welfare responsibilities so it could tackle “Tory austerity” – but when Theresa May agreed, Sturgeon’s administration had to politely ask for the transfer to be held back two years as Scottish civil servants would not be able to cope.

Now, by not agreeing to the same deal as the Welsh, the Scottish First Minister gives the appearance of being more interested in creating grounds for a further independence referendum by fomenting a grievance between the Scottish people and Westminster.

If a deal of the transfer of powers collapses then Westminster has to decide if it will go ahead with its European Union (Withdrawal) Bill without the consent of the Scottish Parliament; a consent the Prime Minister does not strictly need to obtain but which she would prefer to have for the sake of building a national consensus.

What will happen then is that Nicola Sturgeon will protest loudly that Westminster has overruled Holyrood, that devolution has been shown to be worthless and independence is the only worthwhile arrangement. Her intention will be to whip up enough sentiment that calls for a second independence referendum will gain public support.

There is even the outside possibility of Sturgeon seeking to go further and follow the Catalonia scenario – passing legislation at Holyrood to hold a referendum without a Section 30 Order from Westminster – making it illegal, but forcing Theresa May to yet again confront her.

With such febrile politics in the background is it any wonder Scottish business leaders are showing their concern about the dangers to the UK’s single market – worth four times the exports to the EU27. The joint business statement put it plainly:

“Scotland’s businesses benefit enormously from the existing and largely unfettered UK single market. It allows manufacturers and retailers to capitalise on the efficiencies derived from regulatory consistency and economies of scale which in turn reduces business costs, increases productivity, and ultimately keeps down prices and provides more choice for customers.”

If our politicians at Holyrood cannot see that by taking the brave pills to raise their voice some businesses are becoming genuinely worried for our economic prospects, then they are not worthy of their comfy swivel chairs in the parliament.