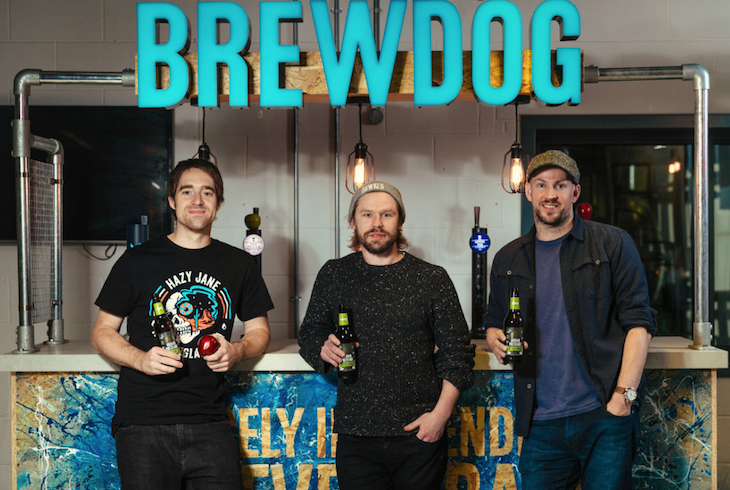 BrewDog, the brewing group, has made its first investment in a cider business, acquiring a stake in London-based Hawkes.

It is the second recent investment in the city by the Ellon-based brewer whose co-founder James Watt has confirmed it could seek a flotation within two years.

Mr Watt said he had spoken to several ­investment banks including Goldman Sachs, JP Morgan and Jefferies about the options for floating the company as recently as last week.

“A UK listing is more likely but [the US] is on the table,” he told investors at the company’s AGM in Aberdeen on Saturday.

“We have always said our preferred way to give our investors long term ­liquidity would be to become a public company.”

He expects to float around 40% of the company which would leave himself and co-founder Martin Dickie as the largest ­shareholders.

The company was given a £1bn valuation last year after US ­private equity firm TSG Consumer Partners acquired a 22% stake for an investment of £213m.

Mr Watt also confirmed the Hawkes deal, saying BrewDog would be supporting the Bermondsey business’s expansion plans at home in the UK and internationally.

Simon Wright, the founder of Hawkes cider in London, was described as a “kindred spirit” and will remain with the company. The sum invested and the stake acquired was undisclosed.

In a statement, BrewDog said: “Their range of ciders will remain (and expand), and the people will stay put.

“Simon’s still at the helm with our senior team drafted in to support his ambitions, and we’re insanely excited to see where we can take cider together.”

It is BrewDog’s second investment in London in the last two weeks after it spent £15m acquiring a chain of pubs owned by Draft House.


BrewDog made an earlier, unsuccessful, attempt to get into the cider market.

“We attempted to create it ourselves but found the expertise didn’t already exist within our crew,” said the company.

“As such, we looked at how else we could support this category of the drinks scene, which has so much potential.”

Mr Wright said: “We are in an industry that has for far too long allowed ‘big’ cider and mass market products to hold back innovation and growth.

“I’ve long been impressed by BrewDog’s attitude and approach to challenging the status quo of beer in the UK and around the world. Just like us, they stand up for those who want to break free, make a difference and take the cider scene into an entirely new era. I can’t wait to see what the future holds.”

Earlier this year Mr Wright criticised the tax rules around the cider industry and accused the National Association of Cider Makers of failing to represent the interests of smaller producers.