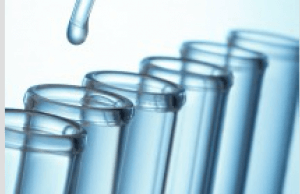 Funding has been secured for a pioneering detection system that should improve food safety.

The speedier process would mean testing can be done at the site of a contamination issue, without the need to send samples away to laboratories.

The Industrial Biotechnology Innovation Centre (IBioIC) has provided £57,500 to investigate the technique.

The investment through IBioIC’s Impact Accelerator Competition will support The Antibody Company, a microenterprise based at Biocity Scotland which will work in partnership with the University of Strathclyde.

It is part of a £5 million market in the UK, and as it takes place in real-time it provides a result much more quickly than other, similar methods.

Testing food samples at off-site laboratories can take weeks; investment in this new method hopes to make on-site testing in a matter of hours a reality.

Innovation in the food testing industry is timely and topical, and comes as the EU Energy and Environment Sub-Committee this month launches an inquiry into the impact that Brexit, and the potential loss of EU systems such as the Rapid Alert System for Food and Feed (RASFF), might have on the UK’s plant and animal biosecurity.

Antibodies exist naturally as a defence mechanism against infectious agents. They recognise and bind to specific molecular patterns, known as antigens. Combining them with gold nanoparticles, which act as prominent markers, makes a powerful detection tool for contaminants.

The time-saving impact of implementing the new technology instead could be felt at all the stages of food production, from initial testing of animals on farms to faster food safety testing by groups like the Food Standards Agency.

Furthermore, the simplicity of the technique means even farmers with no specialist knowledge will be able to utilise this technology themselves.

Eric Wagner, director of The Antibody Company said: “This technique has the potential to reduce the time taken to detect contamination at all stages of the food production pipeline not just for specialists, but for stakeholders such as farmers, of all levels of expertise.

“Potential problems can be identified and therefore dealt with at source in a matter of hours, whereas identification alone could previously have taken as long as multiple weeks.”

Ian Archer, technical director of IBioIC, added: “Our Impact Accelerator Competition investment here provides the tools and support for a Scottish microenterprise to enter a multi-million pound market – the funding to not only further the research but the expertise to accelerate the knowledge from it into a business reality.

“We’re proud to be enabling smaller businesses to flourish in the Industrial Biotechnology sector, and to support their access to the excellent academic capabilities of our Scottish Higher Education Institutions.”

IBioIC’s Impact Accelerator Competition is designed to support collaborative projects that address a defined market need or commercial opportunity through the innovative application of biotechnology, with a success rate close to 50%.

Projects are led by an industrial partner, which collaborates with at least one partnering Scottish HEI.

The combined expertise of the project team is key to the delivery of the identified opportunity and IBioIC’s vision to achieve commercial development of Industrial Biotechnology in Scotland.