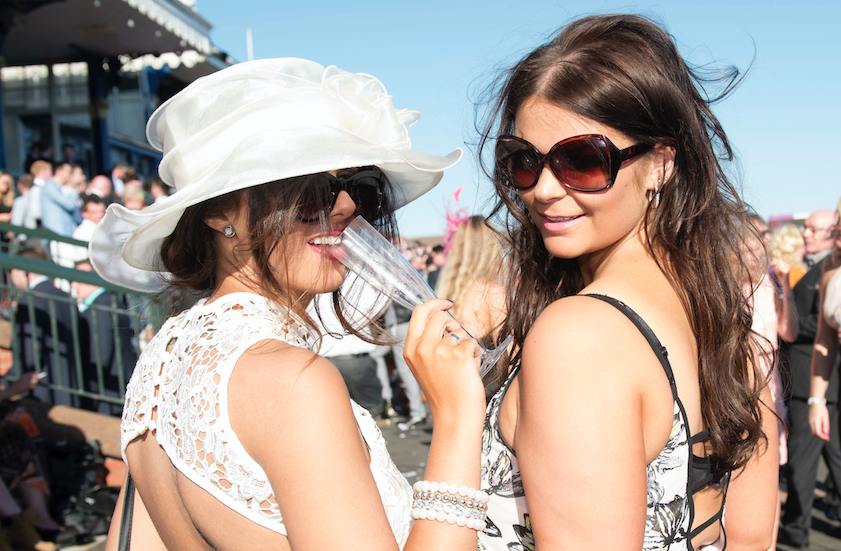 Ayr racecourse is sold out for the big event (pic: SNS Group)

Updated 21 April: Vicente will seek a third consecutive victory in the Scottish Grand National this weekend, a feat not achieved since 1913.

He looked in good spirits when touched off by Perfect Candidate on his Cheltenham reappearance but the Paul Nicholl’s trained nine-year-old fell short on two subsequent starts and was taken out at Aintree last week because of testing ground.

While he remains among the favourites for the Ayr Showpiece there is a growing support for SIZING TENNESSEE.

The Colin Tizzard trained front runner had a fine run in the National Hunt Chase at Cheltenham and could get the nod over a wide open field of 28 runners after Mysteree and Alvarado were declared non-runners.

Vicente’s owner Trevor Hemmings will also be represented by Sue Smith’s Vintage Clouds, who missed the cut for the Grand National at Aintree last weekend.

Gordon Elliott has won both the Irish and Aintree Grand Nationals with General Principle and Tiger Roll and goes to complete his own hat-trick of big National victories with Fagan.

Racing gets under way today – Ladies Day – and Saturday’s big day is already sold out with 17,500 expected to pack the course in fine weather.

Hotel rooms within a 15-mile radius of Ayr have been sold out for the weekend for weeks.

The Scottish Grand National is at 4.05pm on Saturday.